Back in July, my son kindly bought me three canvases for my birthday, so I have been producing some peace paintings on them with an aim to exhibit and sell them somewhere such as the Nobel Peace Center. 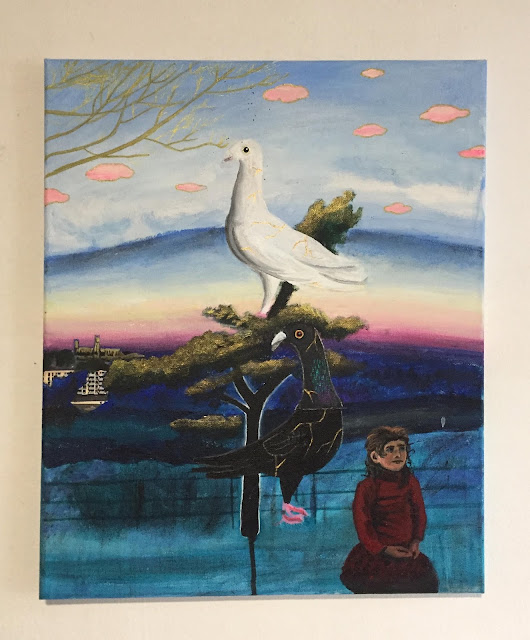 They follow on from the Photoshop juxtapositions, so the above is from a photo I took in Ekebergparken, but the golden tree at the top is from South Common, and our Cathedral is visible on the horizon.
The doves are based on my Grandad's prize winning racing pigeons, which were sort of similar to German Beauty Homers (if you're a pigeon breeder) as far as I know, but they really were a rare breed, so don't actually know. 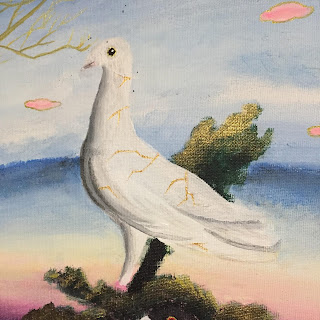 One is a white dove, the other is a melanistic dove, and both have been fixed with kintsugi, to follow the theme that peace repaired with gold is more beautiful. 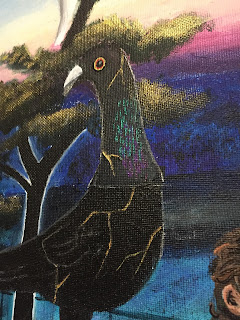 As part of And Our Heroes Have Misplaced Their Map, I have taken a Syrian girl from a photo from Aleppo, and placed her in Ekebergparken. She is not screaming, nor is the sky screaming, as Edvard Munch painted it. 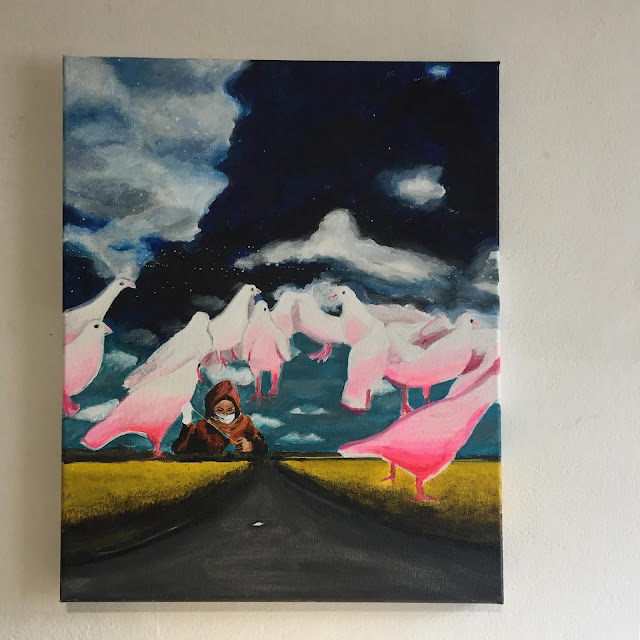 The second is from a bike ride to Holton-Cum-Beckering, of Lincolnshire fields, and Lincolnshire sky. The sky has no military ruining it. Only doves.

The woman is an Afghan refugee from a photograph where she is sewing facemasks during the current global pandemic. She is sewing with a golden thread. 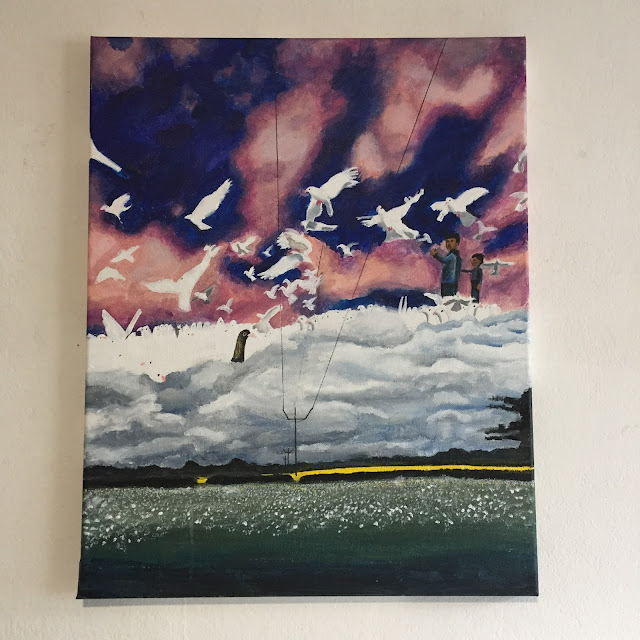 The third painting is a field of white poppies - Papaver Somniferum - grown in fields in Lincolnshire for the pharmaceutical industry, juxtaposed with Lincolnshire skies being inhabited by two Syrian boys feeding a flock of doves.
Posted by Blackbird at 03:54