Mansions Of The Future Summer School

Recently, I applied to a-n's mentoring scheme, but was rejected. However, I was accepted for Mansions Of The Future Summer School, which was possibly better, if not for the risks inherently present with the arts scene in Lincoln.
So my application was sent with the premise that my aims are to find a way to reengage my practice without either being made to feel exploited, or that I am exploiting myself, or that I am being coerced into or accidentally exploiting others, such as being asked to rely on unpaid volunteers that are reliant on welfare that is being perpetually cut.

Colette from Mansions Of The Future, and artist / writer Tom James who was the facilitator of the Summer School introduce themselves and outline the week's activities. I immediately had questions about the word "DIY".
DIY means doing a ton of work that would normally be contracted to a paid professional who is paid a fee, and the social contexts in which DIY exists: If you own your own home, to a lesser extent if you are lucky enough to have a council house, but not if you privately rent, like I do, and pay your rent for contractors do.
Statement: Aunty Anne and Uncle Paul paid decorators to decorate their lounge, but Uncle Paul built the bespoke garage doors when they built the extension in the 1980s, because a standard up and over garage door was not wide enough.

While I was not working from home, I missed a phonecall from the Lettings Agents, who wanted to come and get some measurements of the shed for another contractor. So I returned the call to ask when they wanted to come and do that. They said they already had - so they had breached my tenant's rights and sent someone round - while I had a vulnerable adult at home - while I was not available because I was working.
I have had to waste time writing a complaint, because I keep having to remind them to give 24 hour's notice, but they seem determined to constantly breach tenant's rights with impunity.
I also made it quite clear that I'm not trying to prevent them from doing the work, but that they can do it without breaching my tenant's rights.

Lincoln City Council talking about their strategic plans for the city for future development.

Day 2: Studio Polpo came from Sheffield to lead workshops discussing their projects and ideas for artists to be able to make use of empty or abandoned spaces to run projects.
It was good to work with Jon again, from a-n's Assembly at Patrick Studios in Leeds last year!! 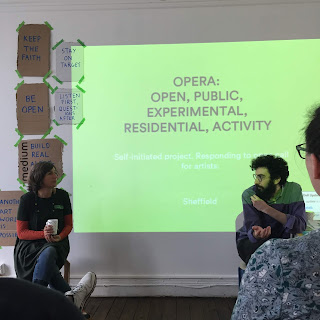 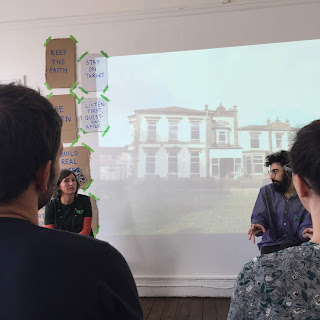 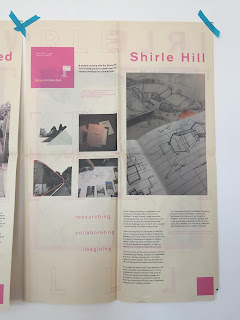 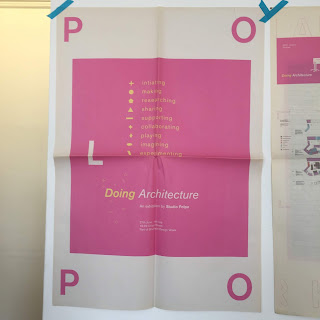 We all went out as a group to look at possible spaces around the city that could be used as art project spaces. Which is all old news to me.


Day 3 included a talk by local architects Karaolides Szynalska Architects, discussing their projects. I knew of The Lawn developments through my previous work with Lincoln Artist's Network, and because of my own personal knowledge of the Asylum and Joseph Banks Conservatory, but I didn't know there were plans to design and build a brand new Joseph Banks Conservatory, which is very exciting for the city. 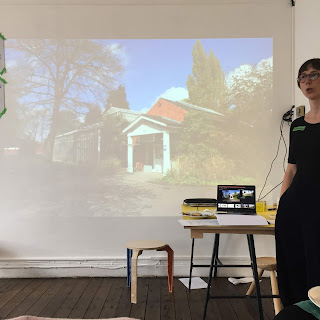 I missed out Day 4 because I don't normally work at weekends, but for some reason, the last day was on a Saturday, and I had to keep on top of caring responsibilities.
I still don't have a dishwasher, and there's only me at home, with two teenagers - one can't do much due to illness, the other is just plain lazy / avoidant, and had to re-enrol at college that day.
This also meant that while I was not working in my studio at home, no one answered the door to the postman, and I was expecting some materials for my upcoming Disgustoscope Making Workshops, which I had to go and pick up from the sorting office.
I also had to stay in for the Asda delivery so we didn't run out of food, because I still like to do the food shopping myself, not go to food banks or rely on charity, like most people.

Day 5
Statements were gathered from the group to determine what Lincoln needs, which again is old work for me. Ten statements were narrowed down to 5 through a voting system that eliminated some otherwise popular and important needs. 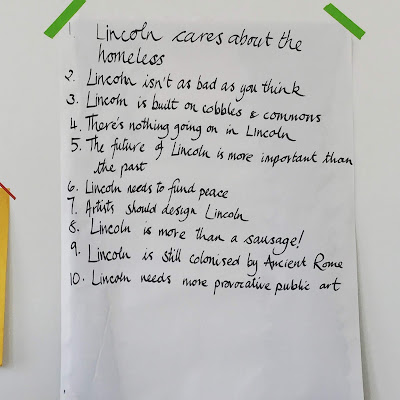 A ridiculous amount of time was spent making the five statements into banners with tape - a lot of work for what could've just been a printout or typed into a computer and projected somewhere, and involved a high level of labour time that was clearly not being paid for.
I found this part to be where I felt I was coerced into working for free more than anything, against my intent, and the only way to avoid this would've been to have left.
The above points could've just been used as they were, rather than labour the ideas even further. 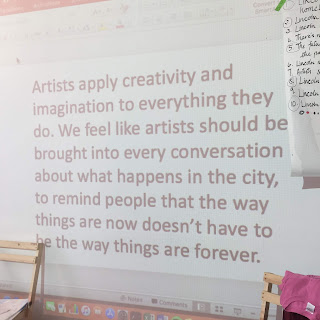 The conclusion for the Summer School

The statements were taken out onto the streets of Lincoln to engage with the public. Again, a lot of unpaid PR work that I tried my best to avoid, because 'I'm evil and still have a council tax bill to pay.'
(I'm not, I'm actually lovely, I'm just even lovelier when my bills are paid)

This guy's t-shirt was a manifesto I once made with another similar event. There's always a fashion retailer somewhere that steals your ideas and sells it on t-shirts - if anyone can find the company that makes his t-shirt - I probably own the copyright for it... 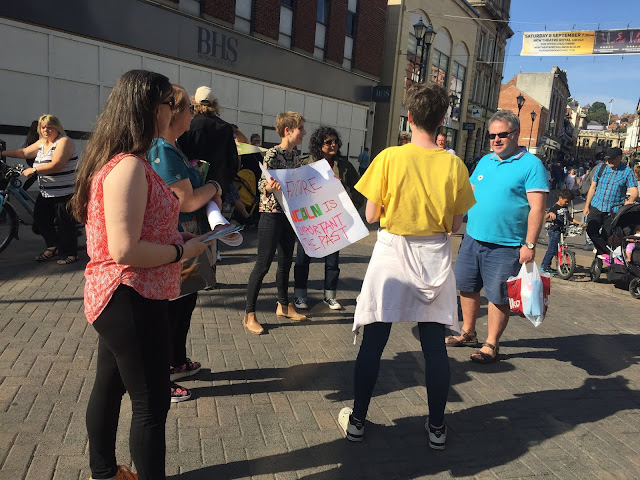 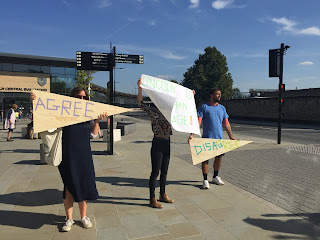 The statements were accompanied by an "Agree" or "Disagree" dichotomy, and as artists and the public chose their positions, they were asked why they agreed or disagreed.
The Lincoln Sausage Provocation has possibly started a new movement of what I refer to as "Sausagists". 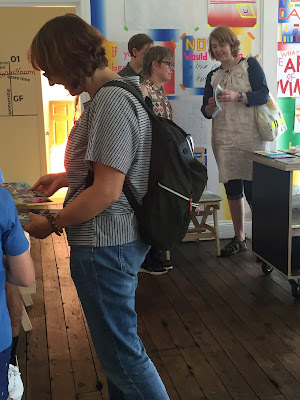 A final hour of engagement with the public with tea and cake. 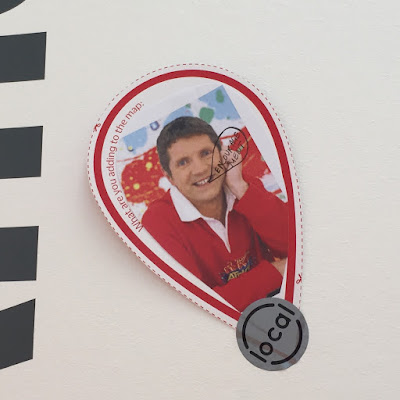 For my outcomes for the school, my aims are that all this work should result in either a commission to make new work or paid work of some kind, so if that doesn't happen, the worst case scenario is that we will all die a terrible torturous death at the hands of DWP abuse, while some evil witch cackles and tells me to go and get a low paid job at Lidl (this also happened this week), but if successful, will mean I can continue with Peace Painting / other new projects and continue to make work again, which really would be awesome.

My intrepid and dangerous adventures trying to return to the ruins of my old fine art practice - here be monsters! - Disgustoscope Art Workshop stall set up!

I actually wish I had my own lab coat for this!!


It was so busy all day, with non-stop Disgustoscope Making, I barely had time for a brew!!

These two splendid people came to look through the Disgustoscope, and said it made them quite sick!! 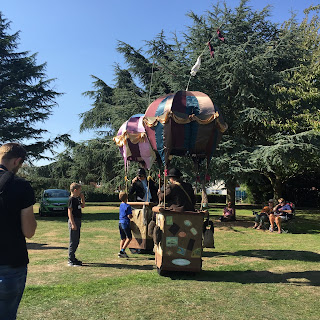 Thanks to all involved for organising and #payingartists most importantly, it was such a fabulous afternoon, that I didn't have much spare time to check out the other folk, but a huge shout out to WITA for the excellent poetry and musical performances, to BlueStiggy for bookbinding, and all the other stallholders, along with all the fabulous workshop participants - I hope the kids will amaze their teachers at school with their marvellous creations!

I also hope that they will be able to create some quite disgusting images with their Disgustoscopes!! 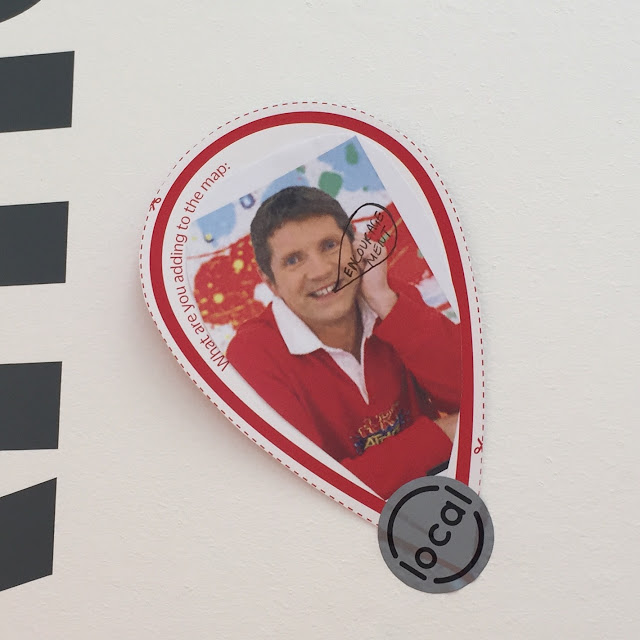 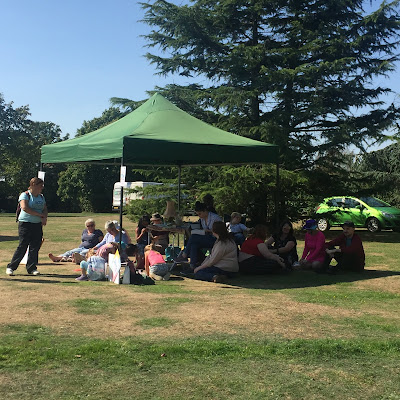 Posted by Blackbird at 03:08 No comments: