Saturday 10th December was a trip to Nottingham, and a visit to New Art Exchange and the "Fighting Walls" exhibition.
Banksy - style imagery by artists working in Iran and Egypt.

Monday 12th - Tuesday 13th were the first two days of Peace Painting at Priory Witham Academy, with Year 3.
After an initial introduction about Peace Painting, I didn't want to influence their thoughts with any reference images, I spoke about Peace Painting, and invited the children to think about their own ideas about peace.
Some of these were monsters doing dancing, wrestling (Internet meme John Cener), and devilish images. Which are fine, as long as the kids think about how to resolve any conflict that may arise from such ideas.

I have reflected on this period, and decided to source images relating to peace and conflict, to ask the children to choose which are peace and which are not peaceful for future workshops. I'd like to see them progress beyond obvious images such as hearts, rainbows and flowers to develop some interesting paintings.

Sketching ideas on paper gave the children a chance to brainstorm their ideas, and then choose specific aspects for their painting.
Good ideas were a peace tree with words relating to peace written on the trunk, such as "agreement", "treaty", "friendship", "love" etc.
Other good ideas were a fairground ferris wheel, which developed into balloons with messages of peace being sent around the world, however, this became Oakley's fairground painting.


On Tuesday evening, after arriving home after a day of Peace Painting, news of the terrible situation in Aleppo was both terrible and confusing as to what was really happening. Thinking about peace, and doodling a sketch of Bana Alabed.


Friday 16th the best ideas were chosen for a selection of Peace Paintings.

Autumn had a strong idea and drawings for a Peace garden, then spent so long mixing various colours that she took ages to finish her peace garden painting.

Oakley developed his idea of a ferris wheel and fairground theme to include balloons with words on the theme of peace, however, the balloons are less obvious in his finished painting.


Esmerelda had the same idea as her friend to start with - both did rainbows with a waterfall underneath, but Esmerelda's developed into a rainbow river with two swans.

I have since reflected on the weeks' Peace Painting workshops, and have thought about how I can improve on them for the next sessions, depending on the age group I'll work with and the time we have.

I dreamt that whilst working on this, Magne Furuholmen came along to work with us, which was nice, and would be nice in reality, if he isn't too busy. He did only speak briefly before being engaged in conversation about music with a manager - type guy that was with him.

The Peace Painting project will be launched properly at the Art & Design Conference at The Collection on 10th February 2017.

Wishing you all peace at Christmas and a peaceful New Year!!

Posted by Blackbird at 03:19 No comments:

A meeting with Paradigm Arts has been very positive, and I will be working with them again to develop the Peace Painting project following on from my previous after schools comics workshops last year for my Illustration practice.

In February I will be taking part in an annual Art & Design Conference, which will launch the Peace painting project within a network of over 50 schools within the Midlands area, so this will be delivered in a wide area.

The Peace painting project is an ambitious and exciting project, and with this initial match funding, along with the research trip, it is planned to work on a funding application with support next spring / summer for the next academic year.

Peace Painting - what next?

Thoughts from the research trip as I figure out what will happen next for the Peace Painting project.

I sent out a press release to some existing contacts, and was invited to speak on University radio about the project, however, they used a quote in which I said we need some space to exhibit.

This is true, however, I'm very wary of being asked to exhibit or work for free somewhere in Lincoln, and those that will try to circumvent #payingartists.

So the first thing is funding. The comics workshops last year were funded by Paradigm Arts, and I ran some peer to peer digital arts workshops funded by OnLincolnshire at The Collection. I'm meeting up with Paradigm Arts next week.

So I am seeking sponsors and other sources of funding.

I am reluctant to spend any time on an Arts Council Grant application, as I've had too many rejections, it's too time consuming, and if I were to risk assess it, the risk of financial destitution from a negative outcome is too great to risk it.

I'm fairly sure that this is what is expected of me, but I was expecting not to have to apply for funding myself.

My experience with the DWP from 2015 to 2016 has totally demolished my resolve to just keep applying for Arts Council funding whilst next May I may have even less money to live on due to proposed cuts to Working Tax credits, which I still unfortunately rely on. I'm still waiting for total reversal of welfare rights abuses and just want to be paid to do the project.

Catrine thinks I should be able to earn a living doing Peace Painting workshops - my idea for this is to be given opportunities to run them in schools, colleges and Universities in Lincoln, ideally at The Collection, and to exhibit the resulting work.
So far, The Collection have said no.

Catrine hopes this will be exhibited in hotels in London, or spaces such as Gatwick Airport.
However, I'm wary of not doing this for free, as I need to be paid.

Another plan is to invite artists from Norway to visit Lincoln / London for the Peace Painting workshops and exhibition.
For this, it was suggested to ask the British Embassy in Oslo, so I'm making initial enquiries.
Posted by Blackbird at 03:40 No comments:

Friday was the journey back from Catrine's has to Trondheim Vaernes airport. As this had been mostly after dark, all I saw from the bus window were trees, as I travelled through Norwegian forests. 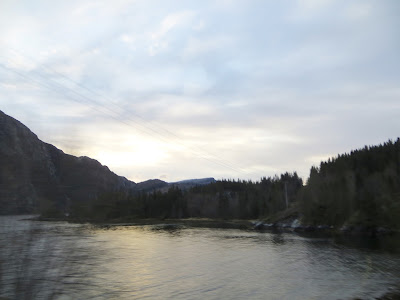 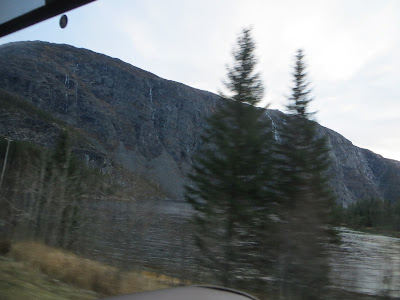 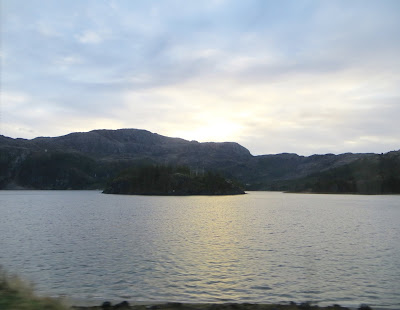 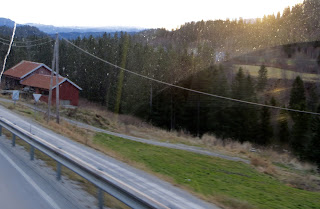 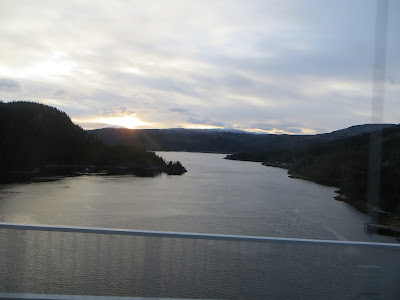 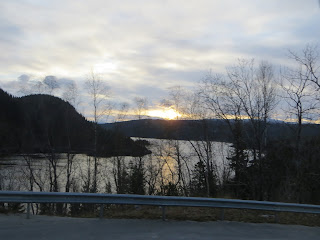 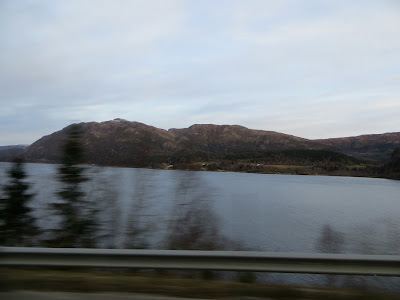 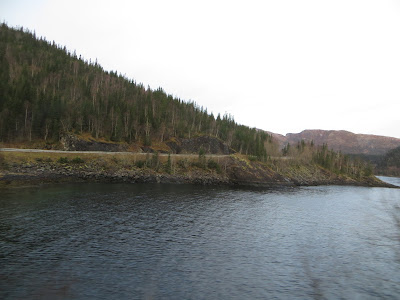 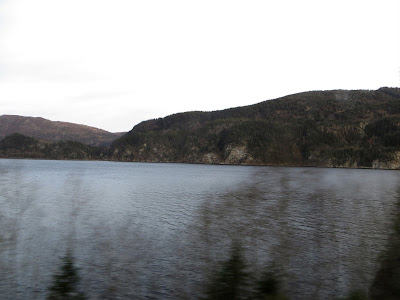 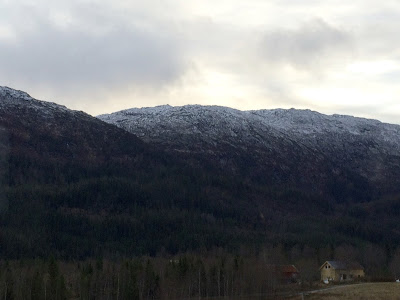 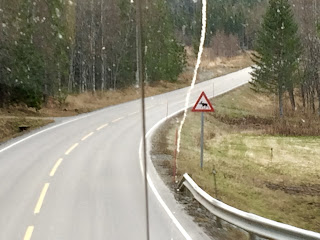 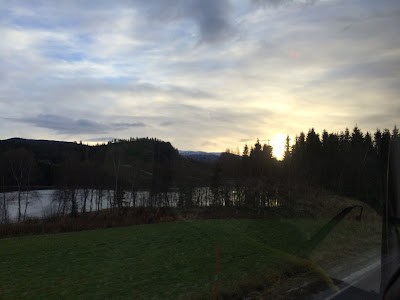 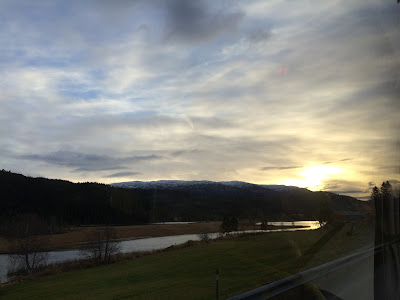 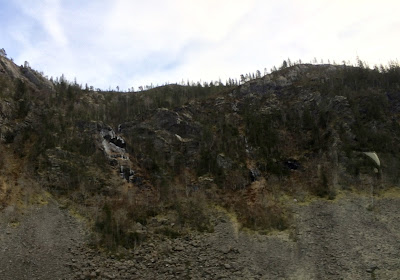 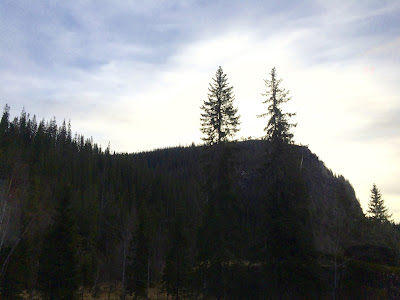 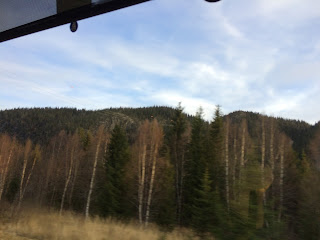 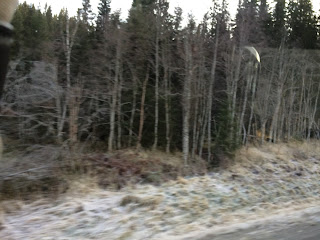 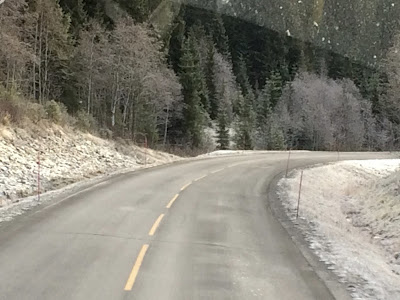 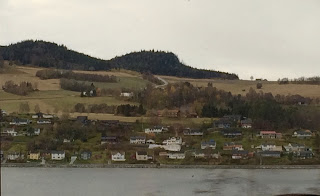 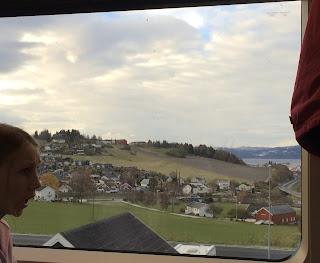 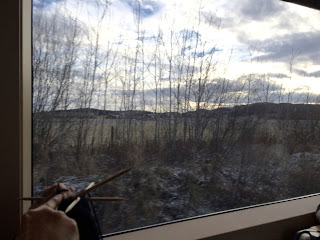 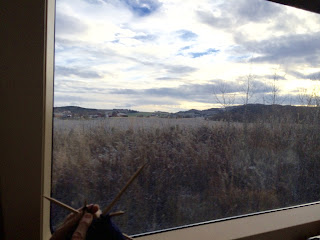 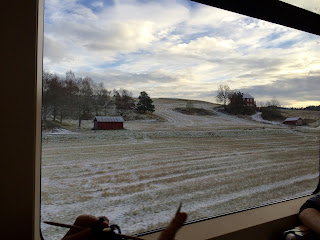 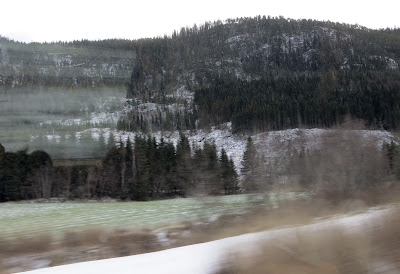 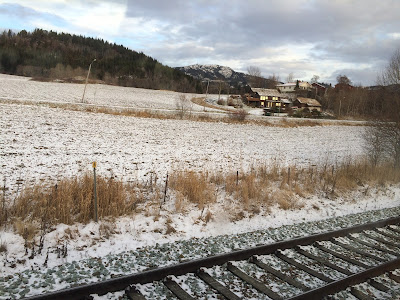 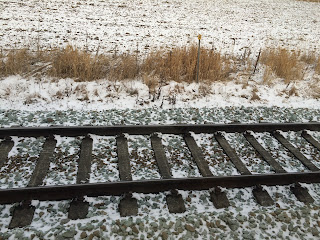 Posted by Blackbird at 05:17 No comments: