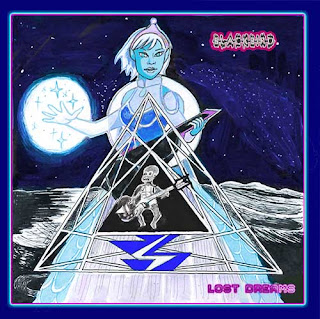 I wasn't going to release Lost Dreams online, as I was in the process of seeking a gallery or festival to potentially perform it this summer.

However, Coronavirus has changed all of that.

It's made some decisions for me.

During lockdown, I made some very basic videos for the tracks in Minecraft.
The only reason for this was because all I had to do was do a screen capture, and it created a video with no work involved. I am still avoiding any effort to spend lots of time doing lots of work that I will not be paid for.

“Artists-as-Artists value themselves for what they have gotten rid of and what they refuse to do” – Ad Reinhardt, How Art Made Pop (And Pop Became Art), Mike Roberts, 2018, Tate Publishing.

Shirking is now the new working.

It was for me all along, but now it's for everyone else too.
Many people have been plunged into my world of home working and panicking about not being able to pay bills.

The reason I made the videos was merely to upload the sounds to Youtube so I could chordify them, to find out what the chords are.
Then I can pretend to play the songs on the keytar as a performance.

I later discovered a button on Soundcloud to monetise uploads, so I have uploaded them there, because that was where the original Apparatjik collabs went.
I have created a Patreon page for Lost Dreams, so I decided reluctantly to upload there.

I have sent the track Hlör U Fang Axaxaxas Mlö to BBC Introducing, and it was also played live here

I'm currently the only carer campaigning for #wagesnotclaps

Please do not feel bad if you don't clap on Thursday nights.
We didn't ask for clapping, and all it does is insult us.
It is no replacement for the income I have lost due to austerity, or actual wages.

The next broadcast is the first track Dreamfall. An update - due to #BlackLivesMatter the previous scheduled broadcast will now be this coming Saturday 13th June from 12.00p.m. live here

Listen out for Dreamfall, the first track from Lost Dreams :-D

Massive thanks to Filip for supporting the project :-)
Number one Soundcloud musician Filip Clements says “Hey cool! Best of luck with your project :-)”
Filip’s song Spaceship is #1 on soundcloud’s new hot and trending rock chart in the UK and Norway, and #4 worldwide.