An hours' work at the Usher gallery this afternoon, sketching the Albino Bird & Mammal collection for research purposes.
I'm particularly intrigued by the albino blackbird. 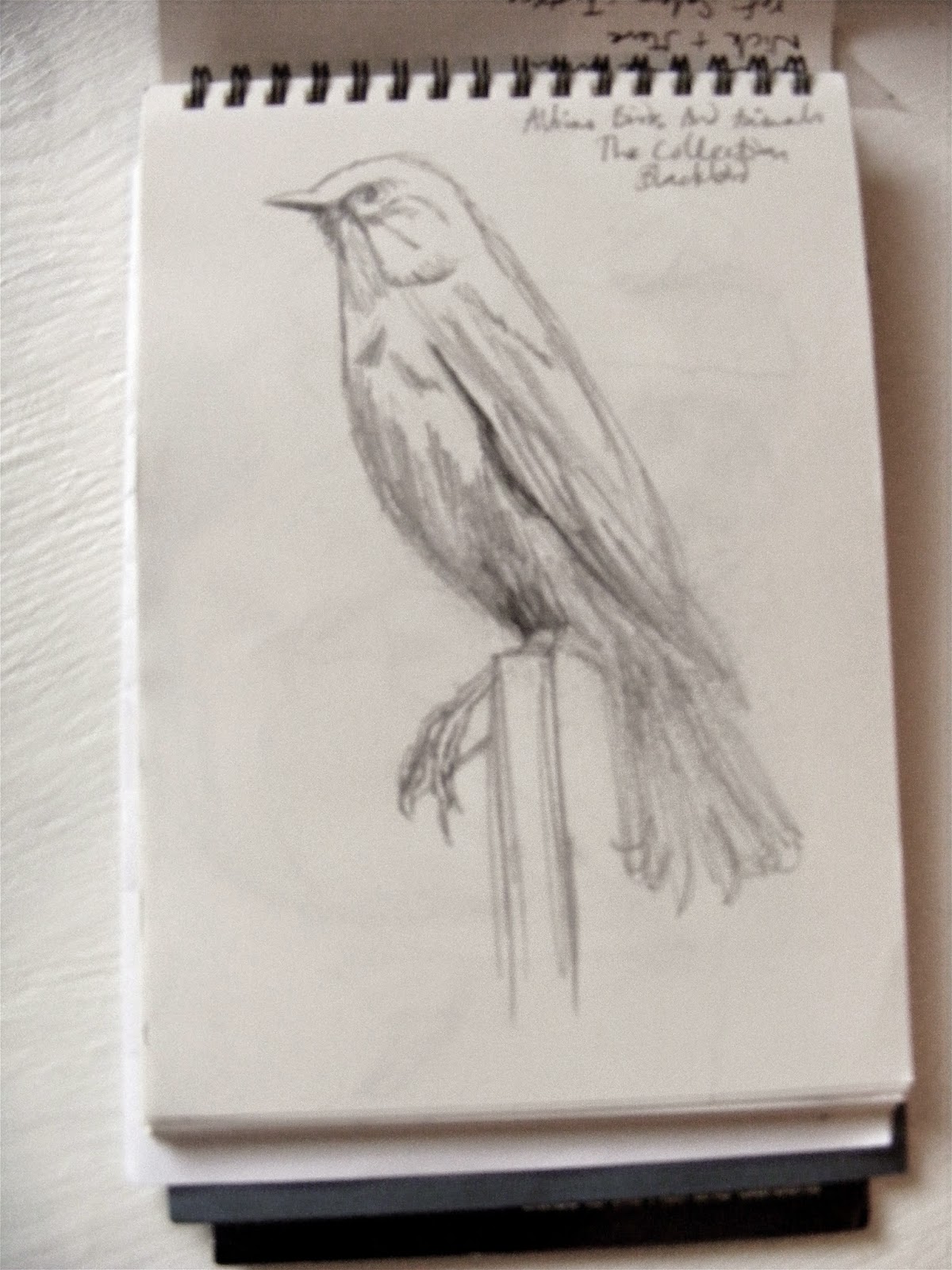 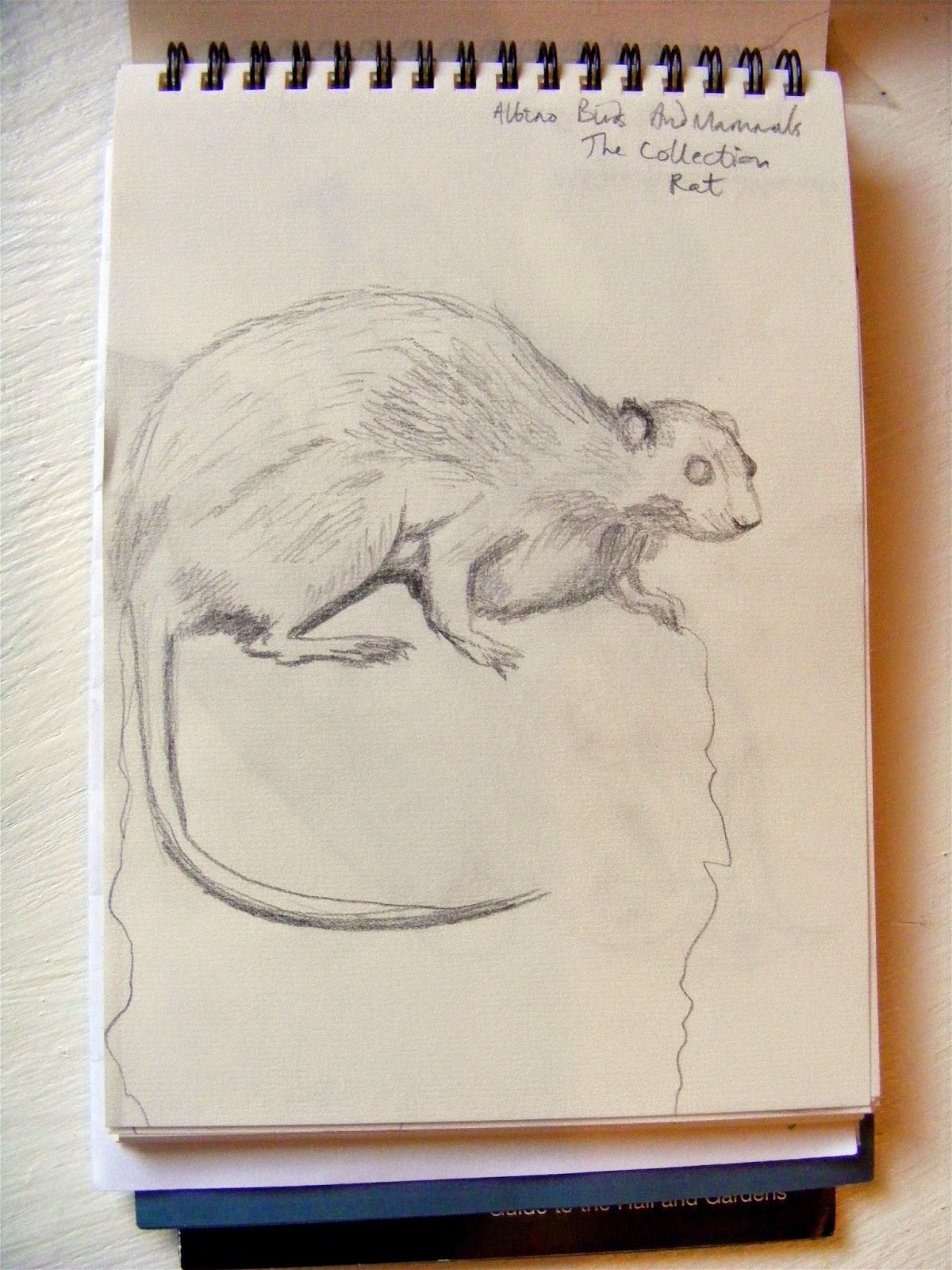 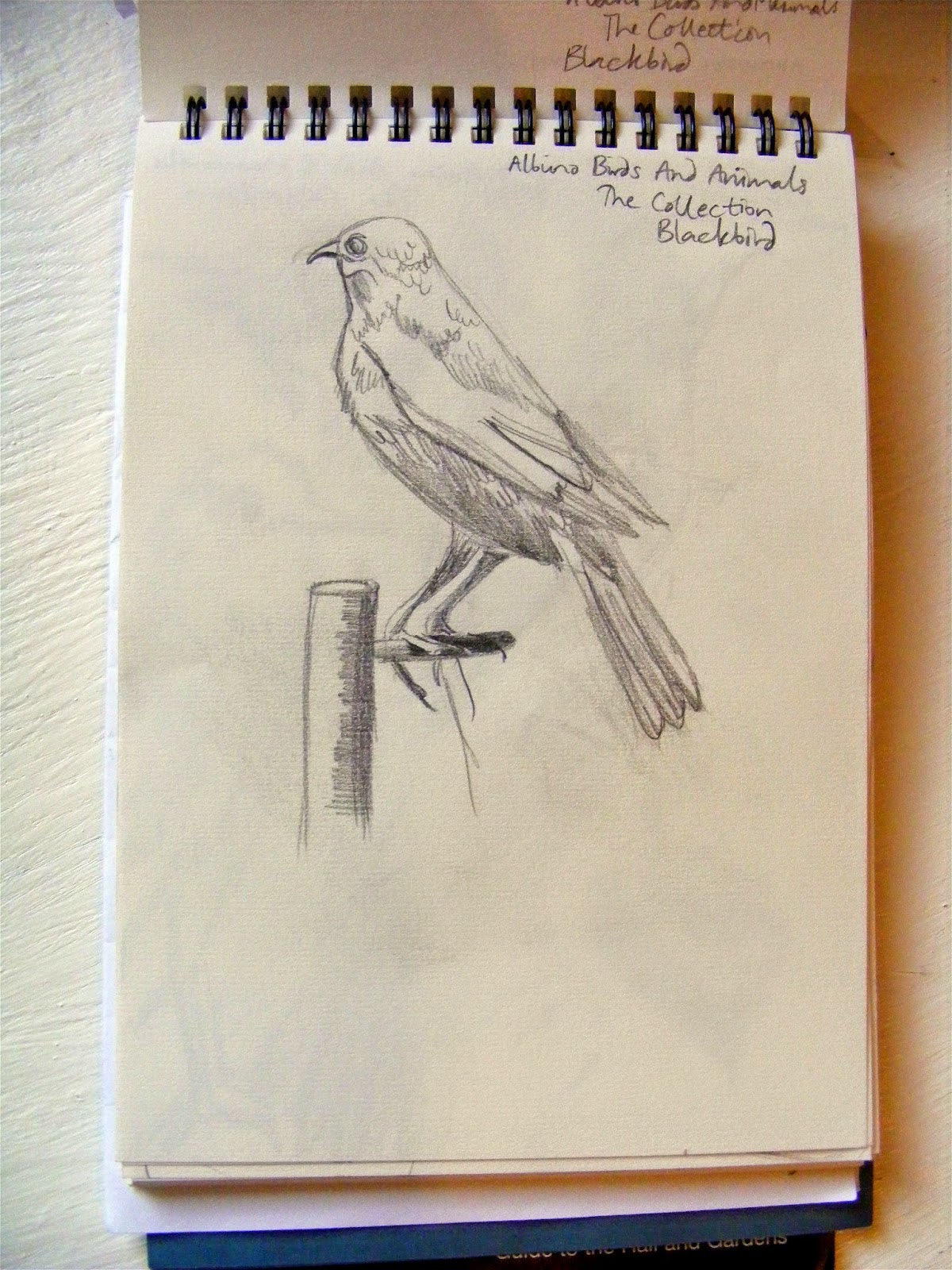 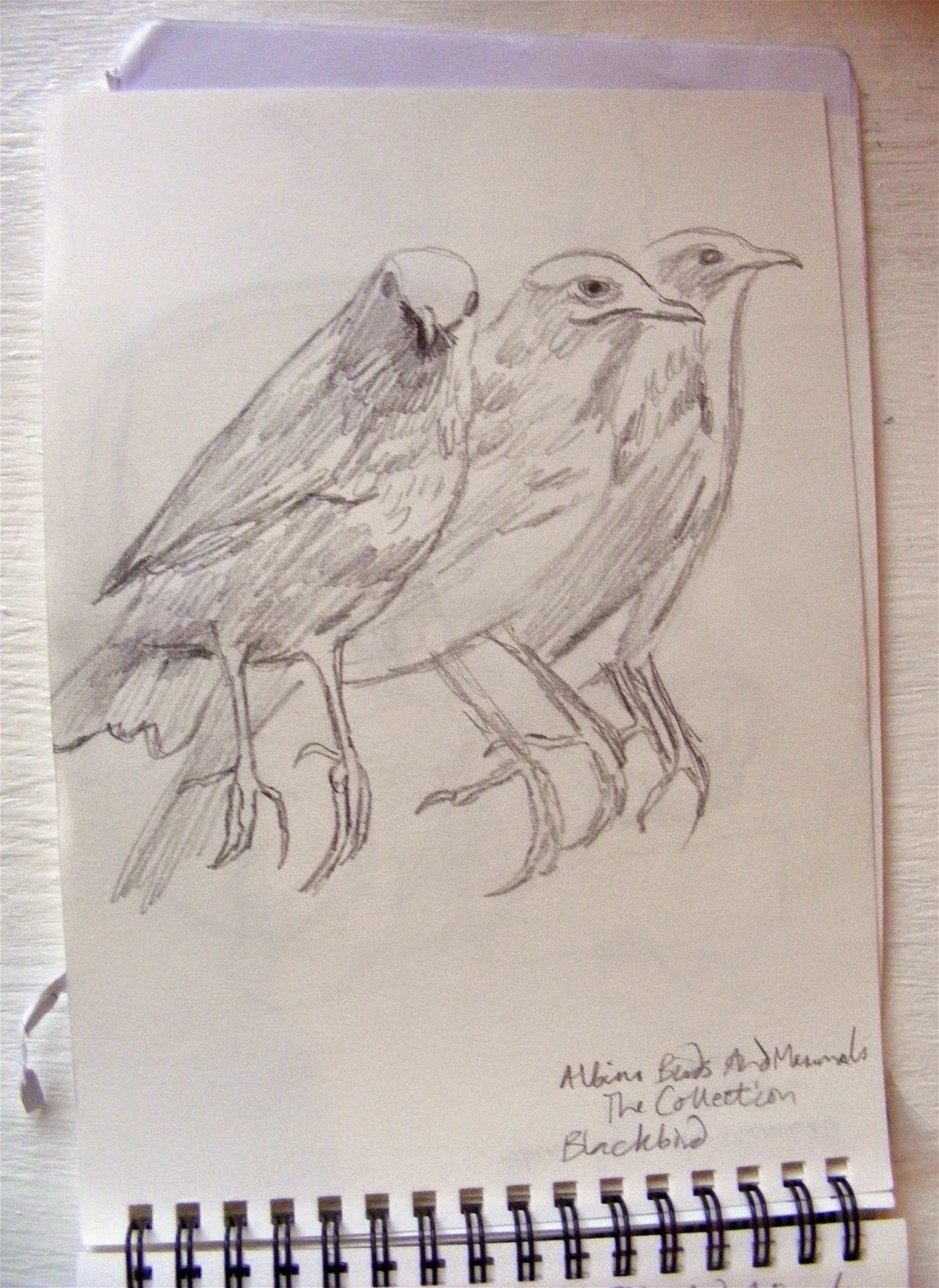 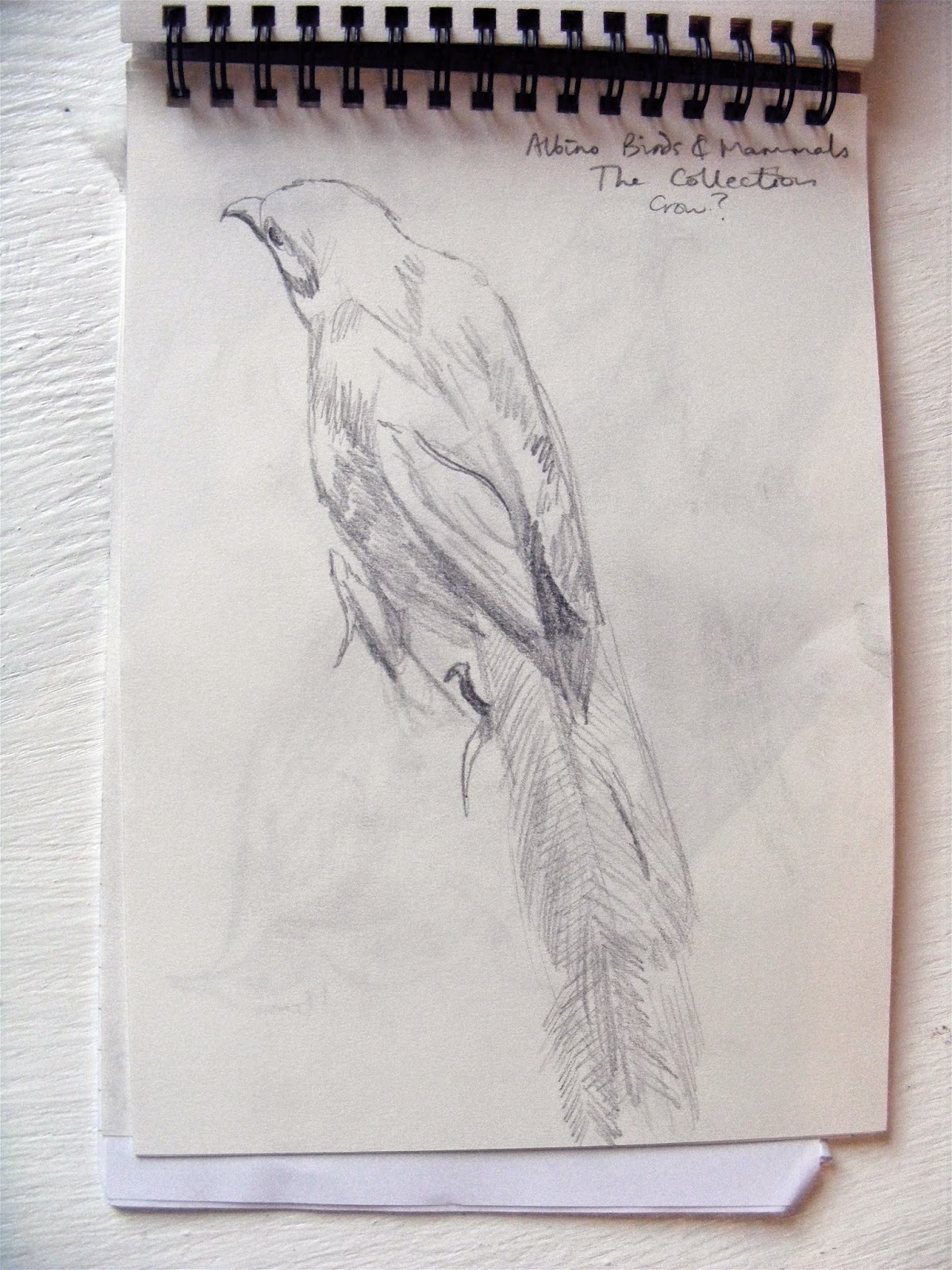 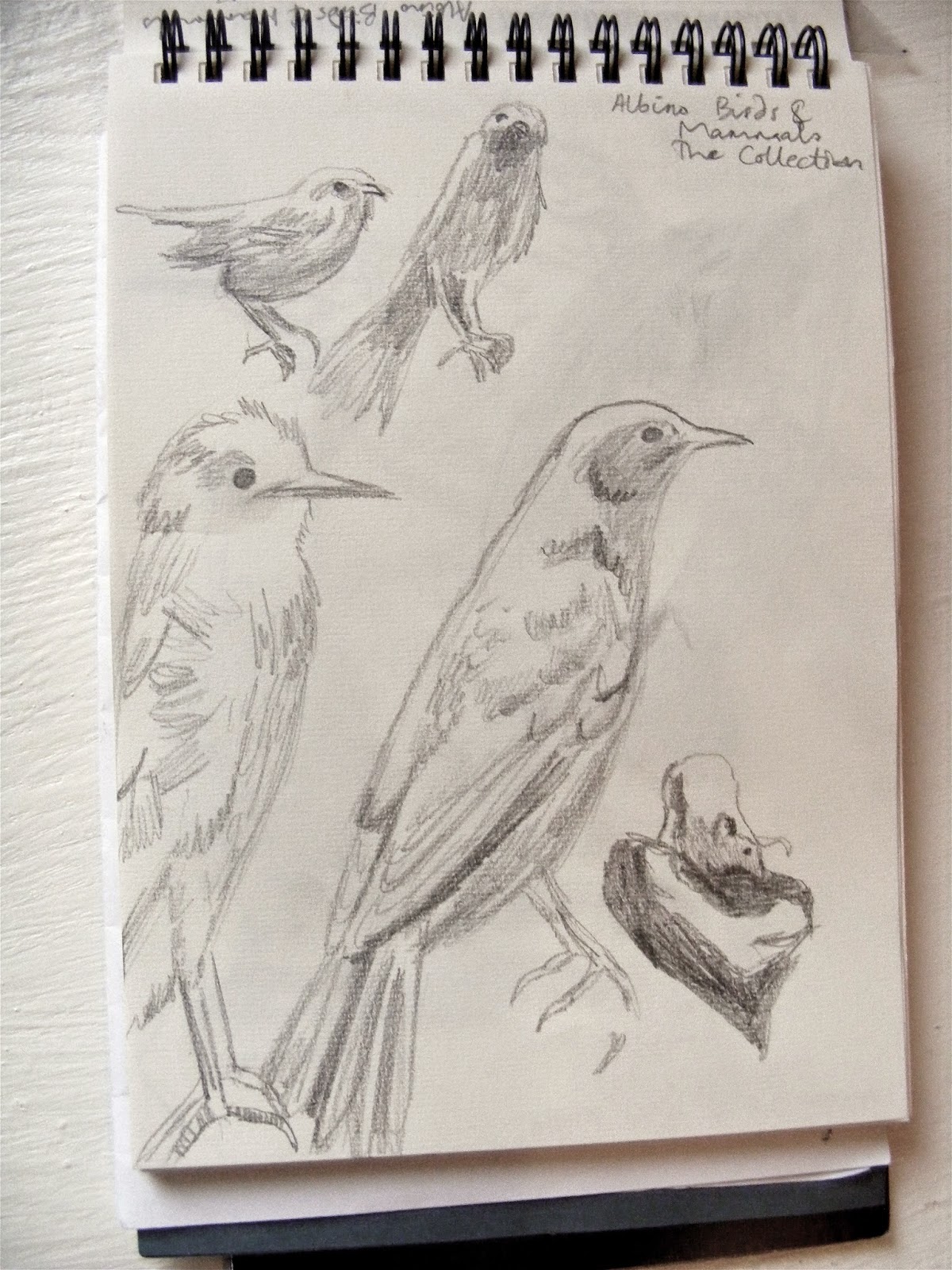 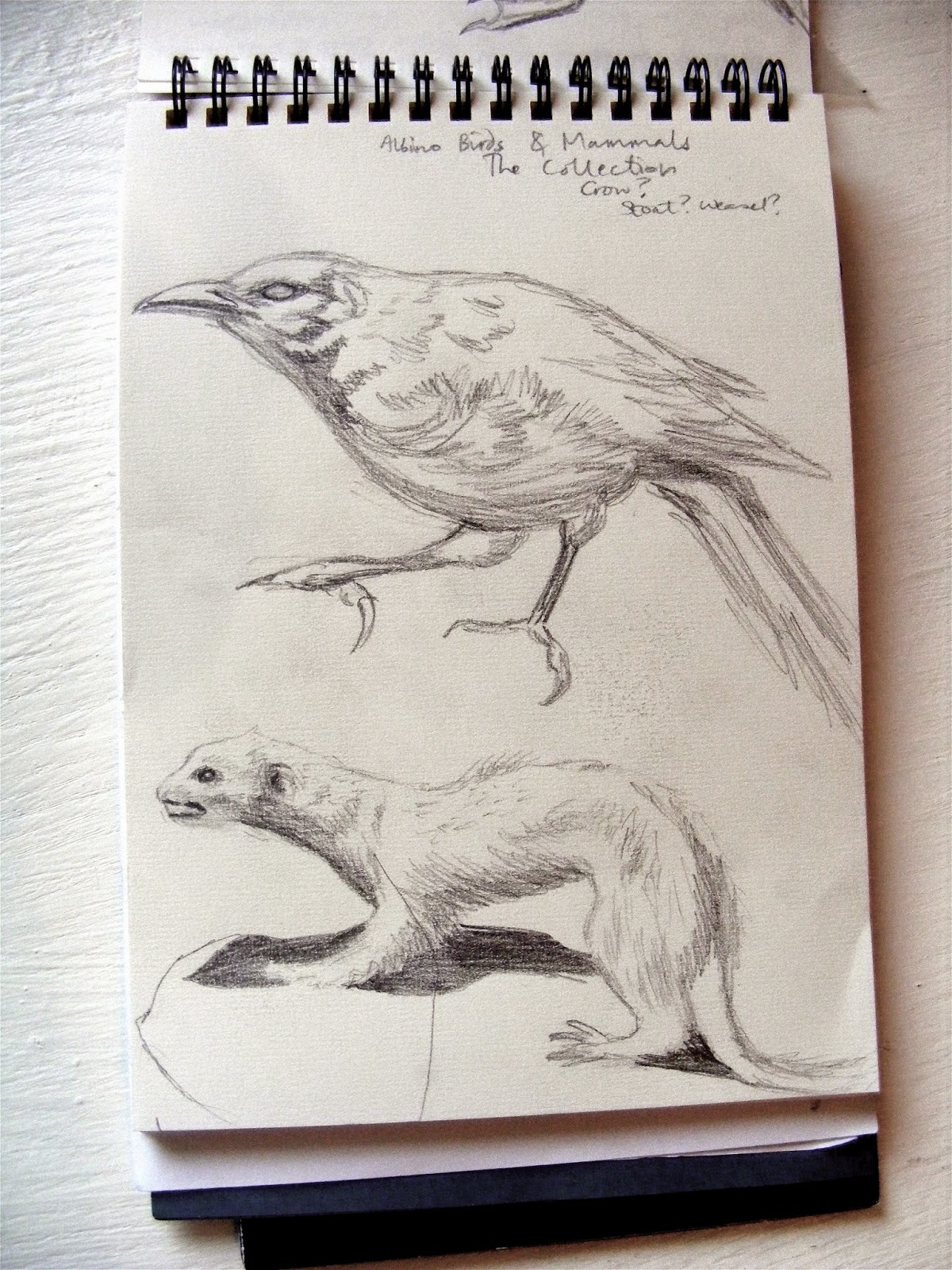 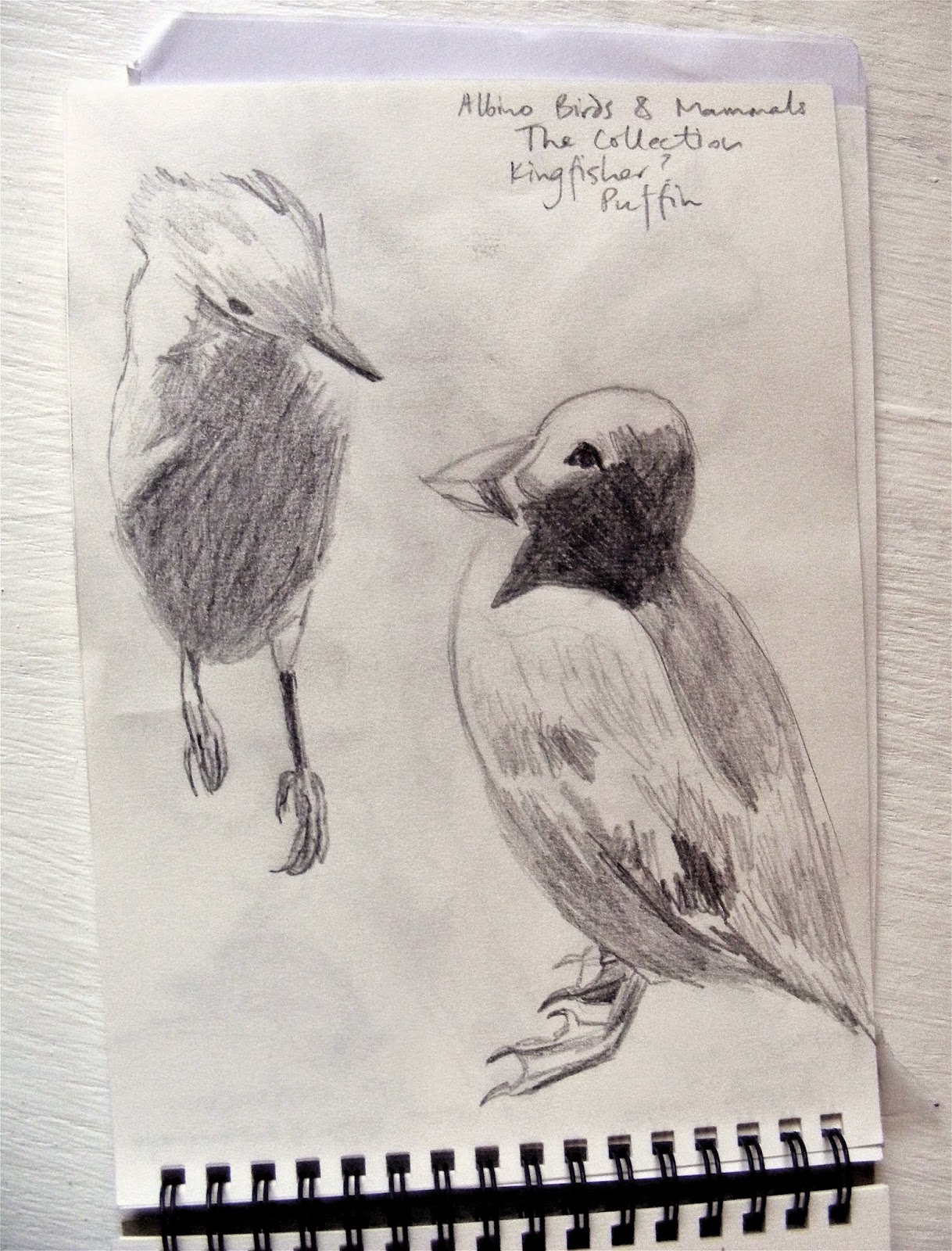 Posted by Blackbird at 09:19 No comments: 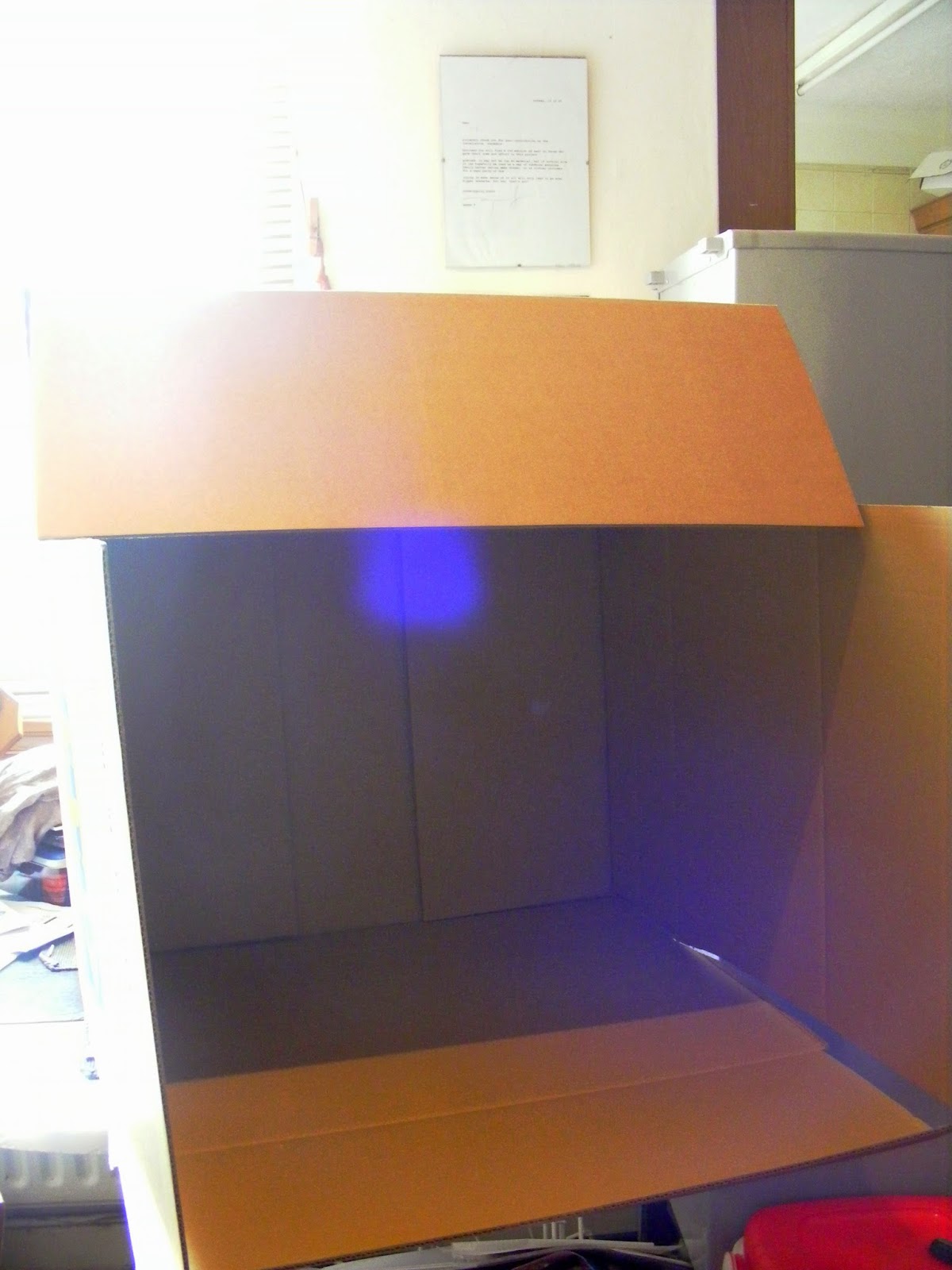 This Ikea box is currently sitting in my studio to be used as a set for animation.
It's quite small, but when folded out creates a considerable space in which to start creating a scenario for the Ayscoughfee bird narrative. It has an origami / Ikea construct that is very appealing. The Scandinavian link is quite appropriate considering Faglar i Sverige.

On Wednesday, I went to Sheffield to visit Site gallery to see Matt Stokes' In Absence Of The Smoky God, and to attend Matt Stokes In Conversation with Dr. David Forrest
This work was interesting for me with regard to past work such as The Unreal God And Aspects Of His Non-Existent Universe, however, what interested me for project planning is his use of language, in imagining a future language spoken by the inhabitants of the Underground and Overground worlds, and the imagined scenario and narrative of a post-apocalyptic Sheffield. 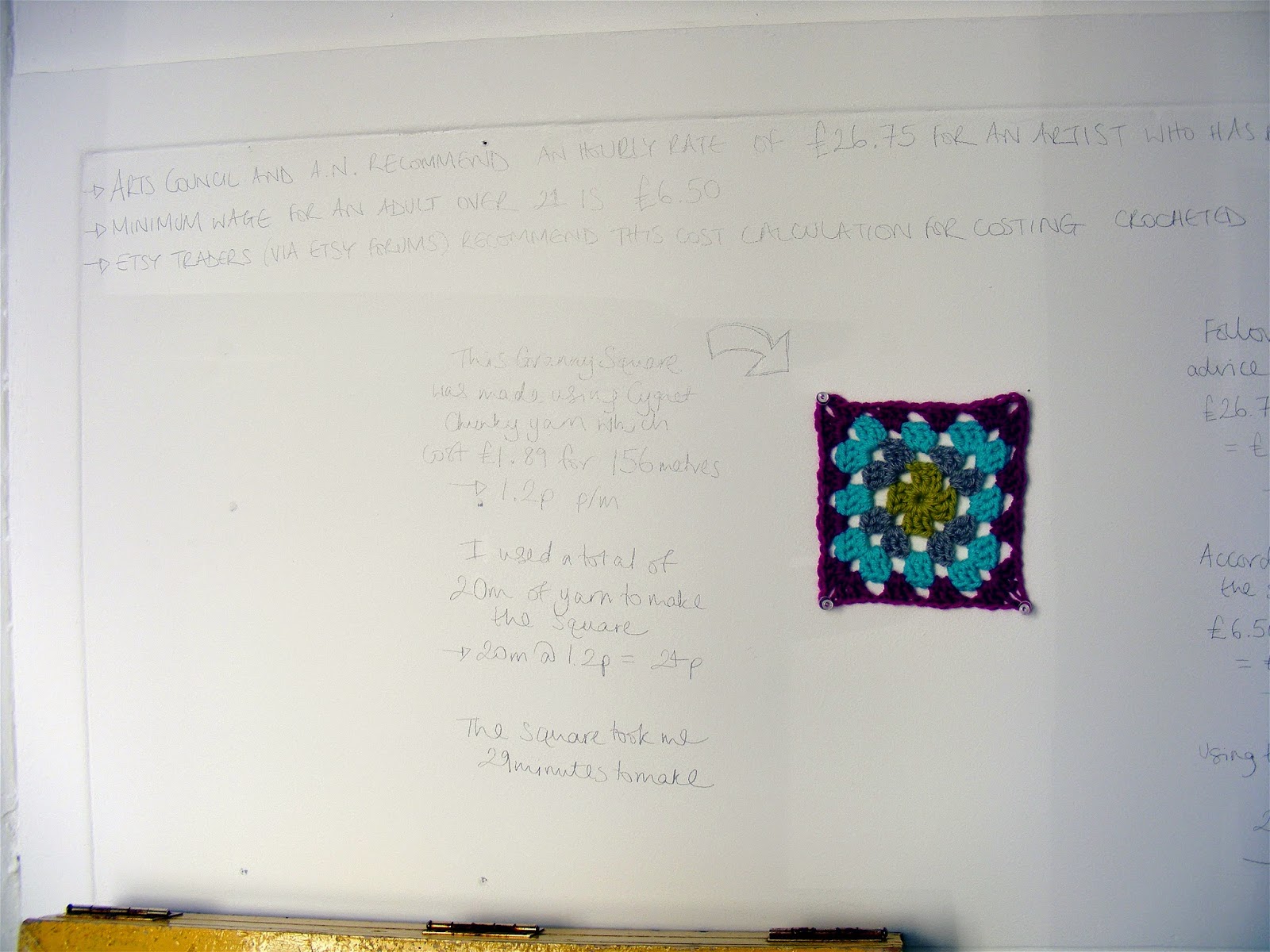 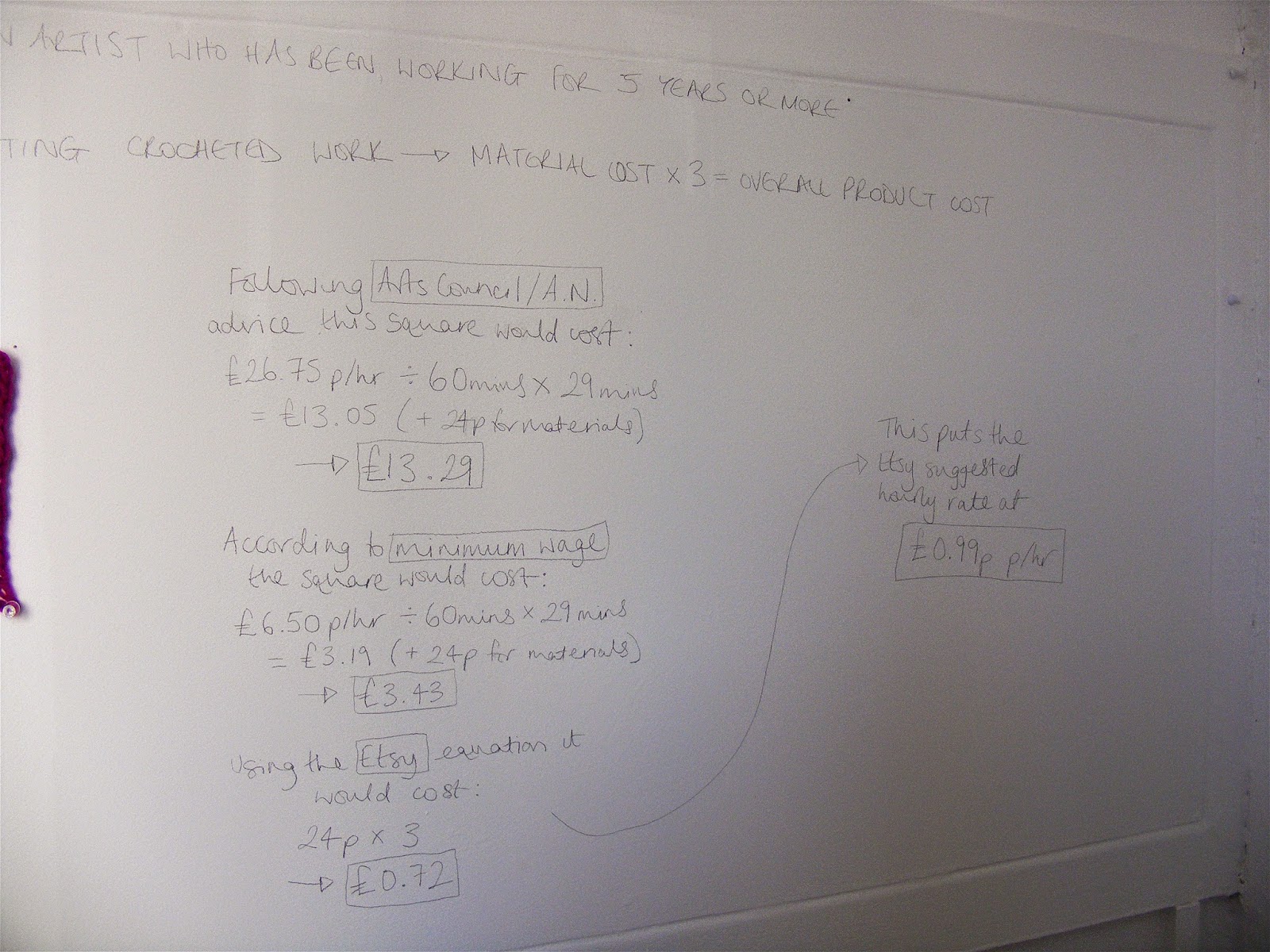 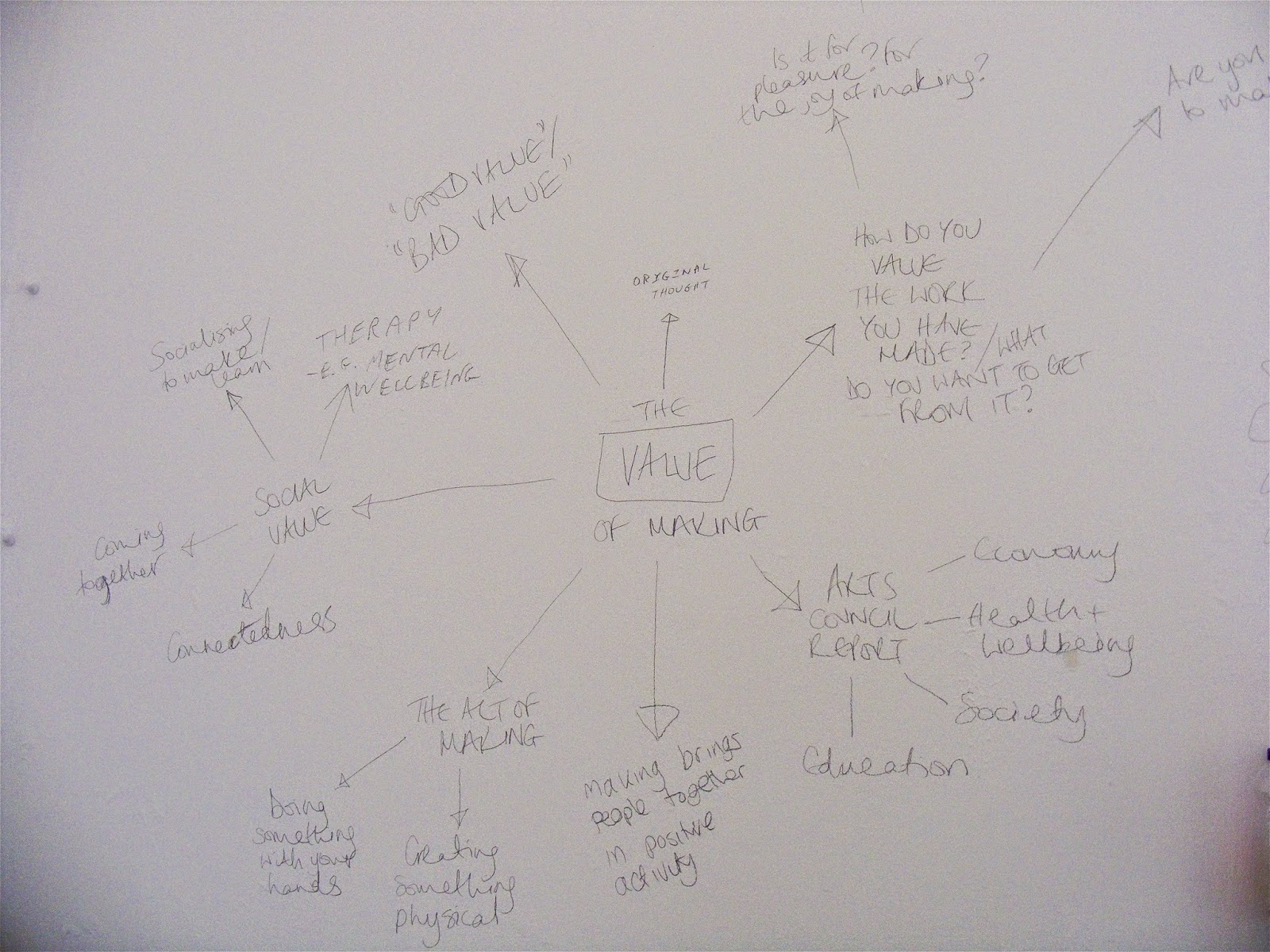 S1 Artspace was having a changeover, so I went to Graves gallery, where this flock of birds filled the stairwell. 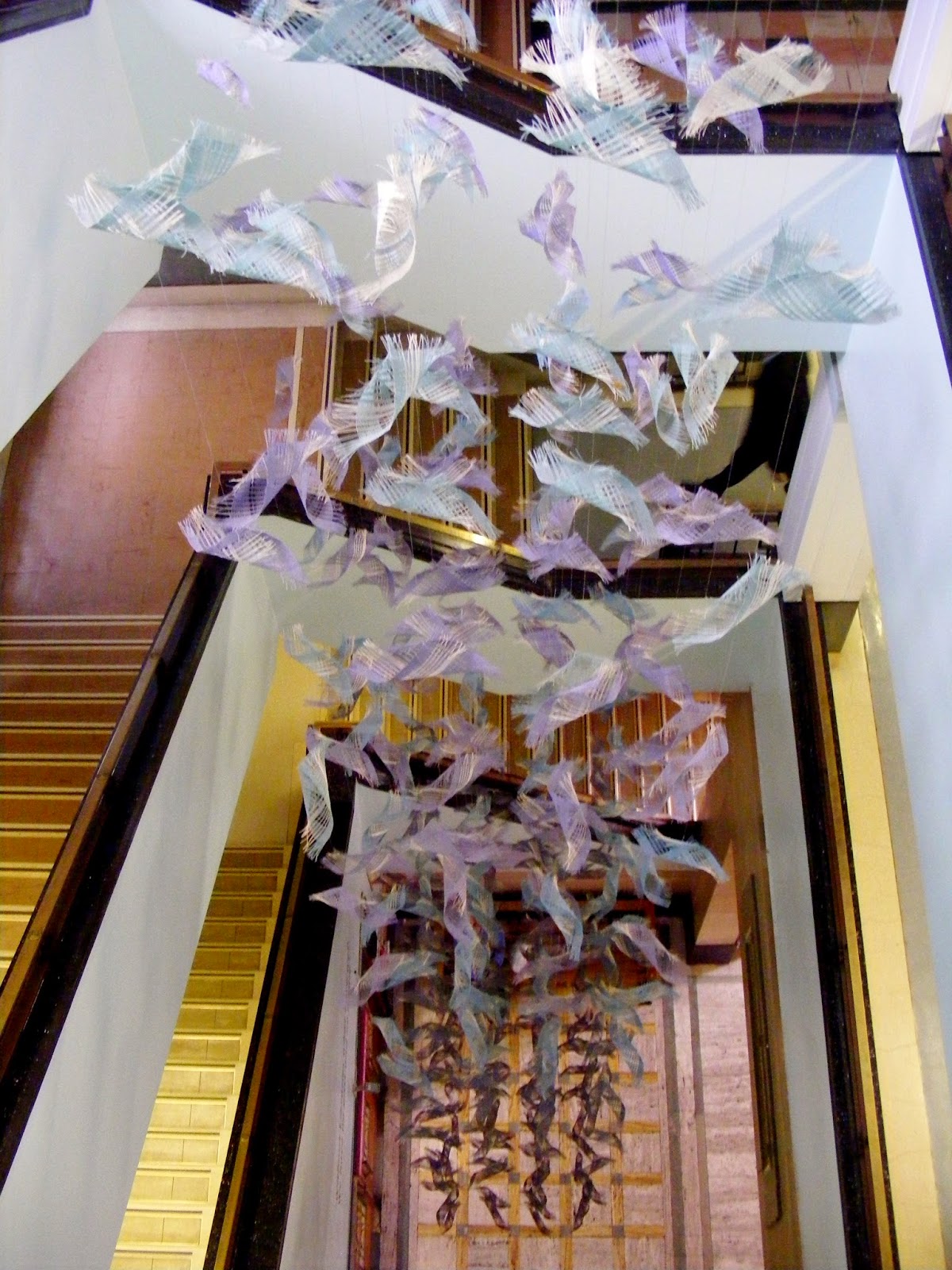 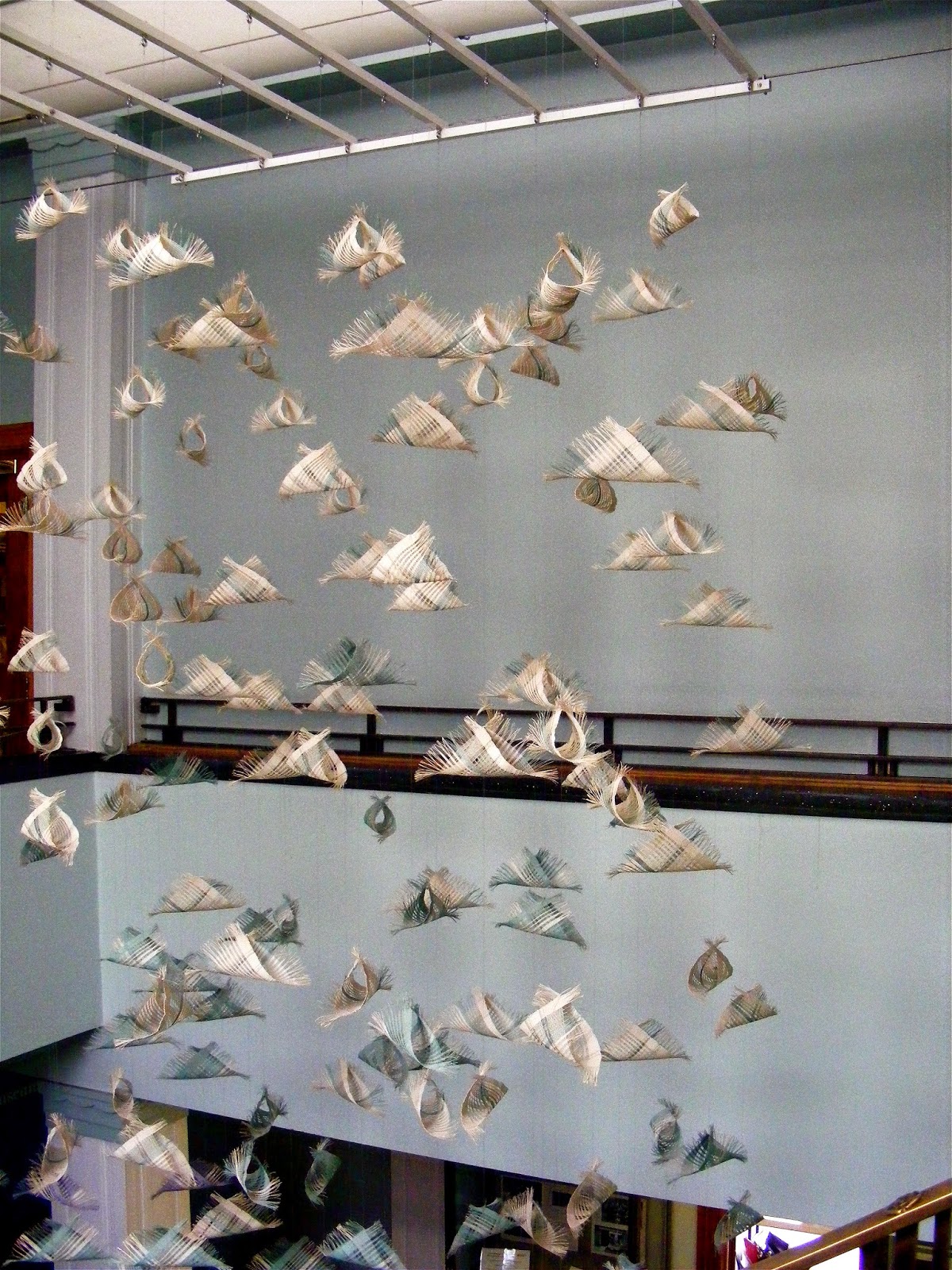 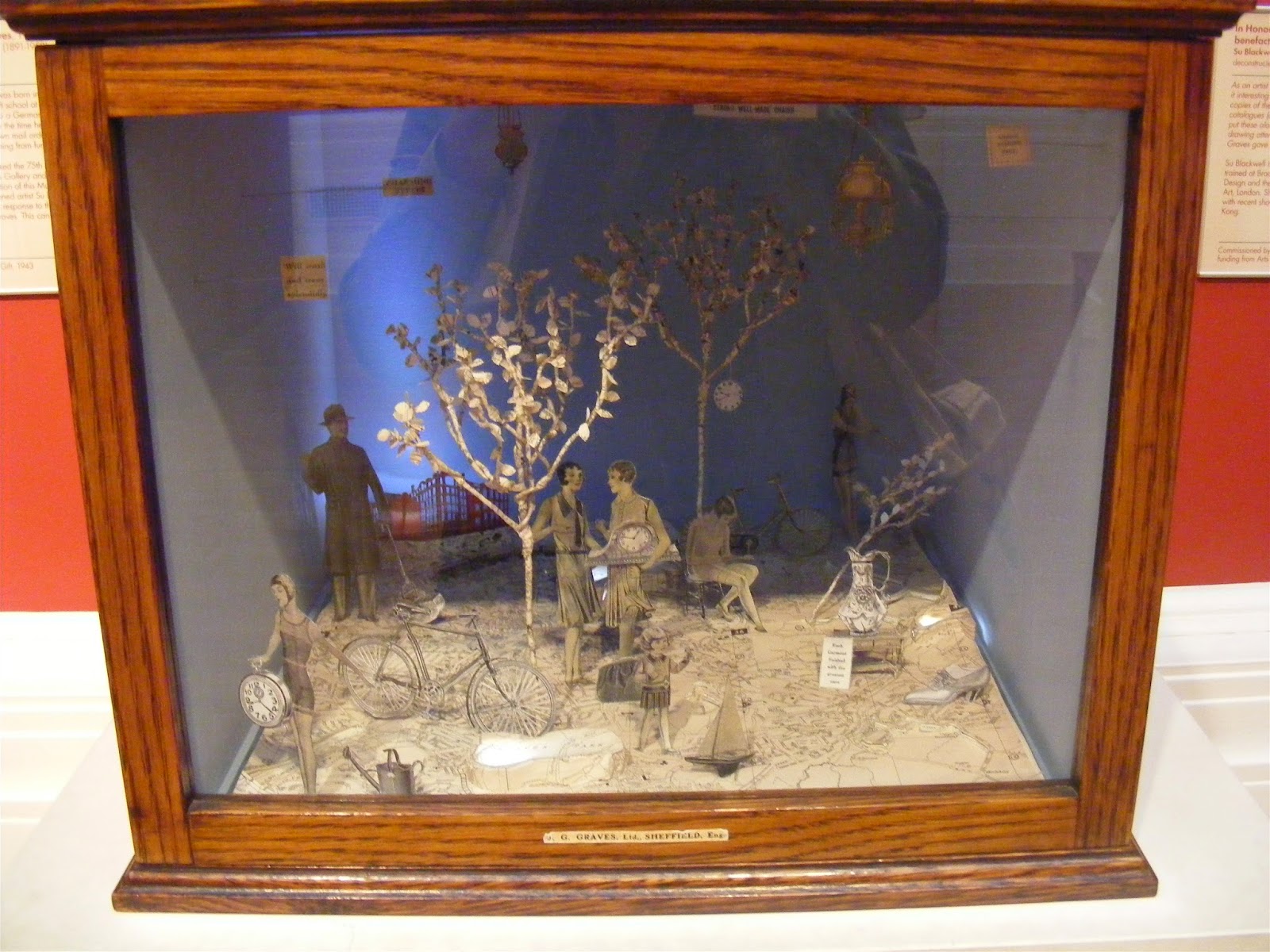 Founder of the Graves gallery, Su has utilised Graves' mail order catalogues for her paper sculptural piece, although this isn't animated, this is how I'm starting to imagine the Ashley Maples bird collection - in bird boxes.
Nice to see a businessman and a keen cyclist.

There was also one of Damien Hirst's Spin paintings on loan from Jarvis Cocker's private collection - you can't escape him any where!
Posted by Blackbird at 03:09 No comments: