Lincoln Christmas Market 2013 opened with a huge storm that caused flooding in Boston, Skegness and other coastal areas, followed up by a large power cut, in which most of the city was plunged into darkness for up to an hour.
To celebrate Lincoln Christmas Blackout, I designed these cards, which were quite popular at the Christmas Market.


The LAN Christmas Market moved to St. Mary Le Wigford church this year, and amid the blackouts, Lincoln West End Lights was worth a visit. 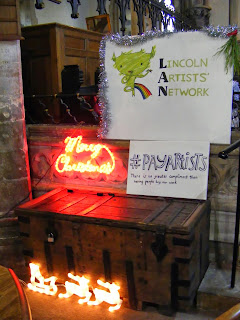 You don't get this elsewhere! 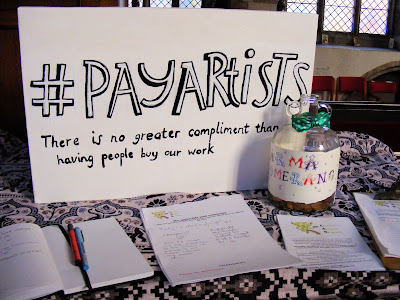 My stall seems to inspire people to complain about the prices being too high, even though they were much lower than they'd pay in a gallery... but I made about as many sales as last year, and had more visitors. 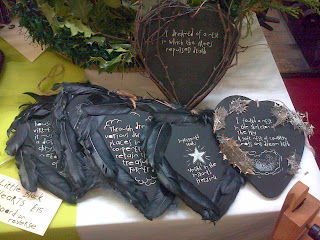 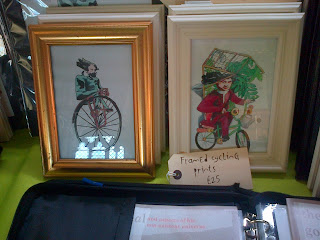 This year has been a very mixed year.

In many ways, some exciting things have happened, but in others, financially, I'm still fighting for artists to actually get paid, and after 5 years of doing this, it's starting to wear very thin. The Art Party Conference is, of course, a very important part of that, but as another year comes to an end, I face yet more upheaval caused by the fact that I still don't earn enough to pay every day living costs.

An article has appeared on Norwegian.com about Magne's work with Apparatjik - I can't tell how recent it is, it was shared recently, and I haven't been following Norwegian media as diligently as I probably should, but it does include a photo of my brother and I, with my combat disco boots, trying to avoid being the subject of such photos by hiding behind The Lady Of Shalott; you can see me there taking the photos for this blog, bringing a small bit of Apparatjik outside the Cube.
Never mind thinking outside the box, they should be dancing outside the box - am I in or out of Apparatjik? I'd like to think I'm somewhere as elusive as Guy Berryman, and when I finally get around to finishing off an Apparatjik Suite piece of music I'm creating, I hope to return to Oslo again, and I still hope one year to get the chance to go to Flø.... or participate in Oslo Open. Of course, it would also be nice to undertake a residency, or exhibit again, but for that, I'd need to create some new work, which will require funding.

I can't create work when I'm having to find somewhere else to live every time something changes that is largely out of my own control.

I've reached the end of another Kickstarter campaign for my graphic novel, which I wish to focus on once again, and as it hasn't achieved it's target, it will be relaunched next year.

So for now, I'm taking a break to try and get things back to normal, commissions and funding are both very welcome!! Mostly, getting paid would prevent many issues I face as an artist, and I could maybe get on with making new work.
Posted by Blackbird at 03:22 No comments: