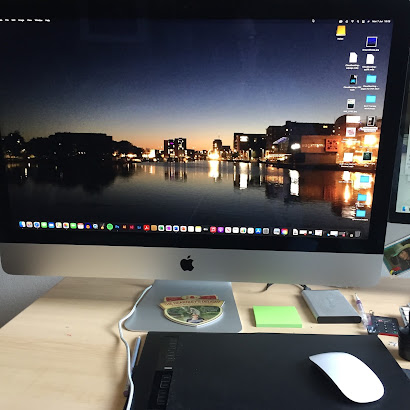 Last month, I was awarded a Business Revival Grant from City of Lincoln Council, to replace my iMac (which broke down last year just before my birthday!) some essential software (Creative Cloud), a new camera, and some COVID equipment for future workshops.

I've also more recently received a few small grants to help to clear off some of the debts caused by my son's destitution / austerity back in 2019, and which haven't been helped as a #ExcludedUK artist.

The grants aren't enough to mitigate against the whole amount, but it's better than nothing, and is more helpful for my wellbeing than grifters.

I finally got a DYCP application sent, and am awaiting the outcome.

Fingers crossed this is awarded.

I'm also awaiting the outcome of the Cavendish Arts Science Fellowship, which I applied for for Lost Dreams.

I have been able to apply for these, as well as to replace my non arts work to hopefully become a Creative Mentor with The Mighty Creatives, which would be so much better, as I have a wealth of experience that is transferable from my old job, and it would justify all the years I was forced into it!

I'm having more Kafkaesque nonsense from my Carer's Assessment.

We are being told that if you're experiencing Carer Fatigue / burnout - which tbh is all carers, to have a respite break!

But when I had a small respite break to visit Mum after a year of being unable to, and to spend time with my nieces, I was told that if my sons can cope on their own, I don't have a carer role :-s

So this is why carers won't say they're carers. Because when we do, we're made into liars.

But anyway, I've been out testing my new camera for research for Peace Painting, and this is a positive step towards returning to creative work after being #ExcludedUK and for both #payingartists and #wagesnotclaps

Posted by Blackbird at 05:55 No comments: