Since I became a carer, I stopped doing any unpaid work as an artist, because I kept being given advice about benefits, and was defined as "unpaid" by carer's charities, despite the Human Right to earn at least NMW for work, preferably the living wage, which is what care workers earn for doing the same work for strangers.

I stopped applying for funding that I knew would be rejected, because it was too hard on my own wellbeing - see Grantium posts. When I ask people how freelance artists can get funding for arts and health projects, I'm told to apply to the Arts Council.

When I apply to the Arts Council, I get rejection emails telling me things such as "there's not enough funding", which translates as "we fund arts orgs, but you may as well starve to death".

In September, I was very pleased to have taken part in a paid online discussion about arts and mental health paid for by the Culture Health & Wellbeing Alliance. Since then, I've had no income as an artist, and my energy company, Bulb have now collapsed and decided to change my direct debit to £271 per month - where this money is coming from, I'd really like to know, because it isn't in my bank account.

Today is #CarersRightsDay, and I'm being paid £54 per week Working Tax Credits.

I need to be paid #wagesnotclaps 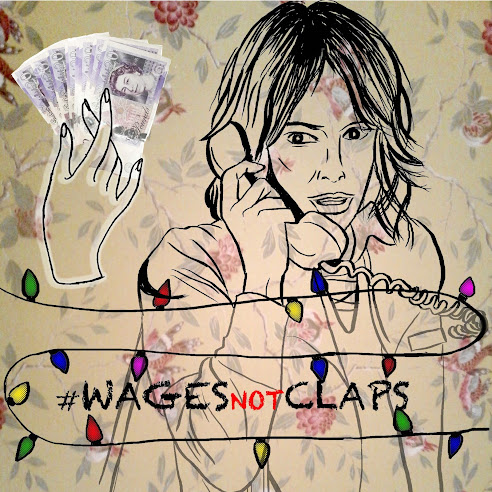 I still have debts from 2019 caused by the DWP making my son destitute for ten months, including the Bulb energy debt that no one is helping to clear off.

Step Change, Carers First, Citizen's Advice, NEA, none of whom seemed to help in any way. I need the debt writing off completely. I'm also told it isn't a big enough debt. But the bank seem to think reducing my overdraft is in some way useful... I'm currently relying on that to keep a roof over our heads. It's not a long term solution. I keep being told this, but how am I supposed to resolve it when I'm not being paid enough? Where are my rights?

Last year, during the pandemic, I had help from the welfare team at City Of Lincoln Council to keep it from spiralling out of control. That help has now been withdrawn.

I've tried to focus on the positive Business Revival Grant, in the hope that building from that will encourage more income to manifest, but I've applied for several other funding applications, and I'm still getting rejection emails.

I'm currently waiting for the outcome of a Joseph Rowntree Charitable Trust grant for Peace Painting, and a Reinvent application to run some workshops here in Lincoln. I've just applied to Grimsby Creates Fund to run talks and workshops in NE Lincs next year. I need these to be accepted, not rejected!!

I'm not being paid to apply for funding, for the admin time, so not only are these rejections preventing me from working, they are adding further abuse to the existing abuse of carer's charities that are defining us wrongly as "unpaid", and not fighting for #wagesnotclaps.

The Creatively Minded Report Launch showcased similar projects to ones I've been doing, that are getting funded. But when I ask how artists can gain funding to run projects, I'm told to apply for Arts Council funding.

This is a problem. So I have to ask why arts orgs are getting funding, but freelance artists are not.

This is because they ask for questions, not solutions, and I'm more interested in solutions to problems, not asking constant questions to get no useful answer.

The solution here is for funders to fund freelance artists directly to run or co-produce our own projects. We can still co-produce with NHS partners or others, but the funding comes to artists first, and we can then allocate that funding appropriately, not anyone else.

I came across OutsideIn, who I am hoping to work with to fund and run workshops next year, if by then I'm not completely bankrupt.

So, how has my day gone today?

I checked through the Sainsbury's online shopping to add a few things we need before tomorrow's delivery.

I cancelled a Bulb energy direct debit, as Bulb have gone bust, but they decided to increase my direct debit to @271.28 per month, and I do not have this level of income. No Black Friday deals on energy bills, eh?

My son had an ESA assessment this afternoon, so some time was spent making sure he was up in time for that, and then answering the call and being there while he answered their questions, in case he needed any support, as he can't do these things by himself.

I cooked tea for us all, because my son runs out of money in the week before his ESA goes in the bank, as he doesn't have enough income, and has poor financial management. I made sure he had food in his stomach. Food bought from supermarkets, not foodbanks.

Posted by Blackbird at 09:11 No comments:

I'm trying to find a way to do Peace Painting workshops, and I have three canvases bought for me by my son, which I decided would be best to do three peace paintings for potential exhibition at a commercial gallery, or for funding applications for Peace Painting.

My son was once an extra in The Young Victoria, and worked with Jim Broadbent, so I have been interested in the Lincolnshire Conchies. I remember there being some information available online, but when I search for it, some of it is unavailable / censored. It's almost as if there are some that want to forget about anyone other than dead British soldiers, which is censoring history, so I think it's very important to make sure that no one is erased from history to suit a military agenda.

I missed out on this Conchies play in 2019, as I was dealing with my son's destitution :-( 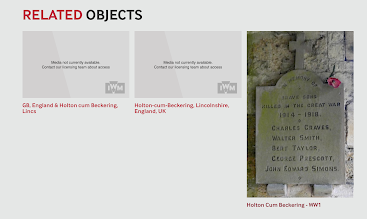 I had made a trip out to Holton-Cum-Beckering during lockdown, but hadn't ventured into the church - but I remember reading that there was info there, so I decided to make a return trip to see if I could find out.
It's a 30 mile round trip by bicycle, and I somehow got a puncture on the way home... more on that later. 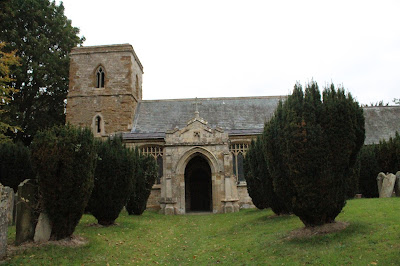 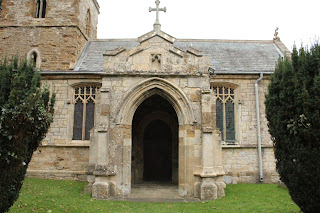 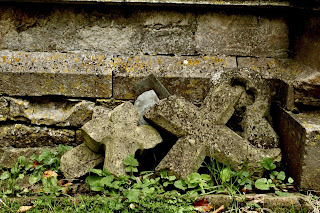 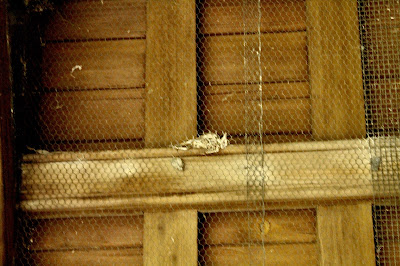 Look up inside the church porch, and there's a bird skeleton trapped in some chicken wire. Across the road, there's a dovecote with no doves in it, so for peace painting, I think it's a good idea to replace those doves! 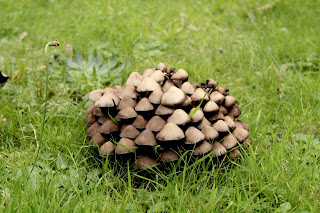 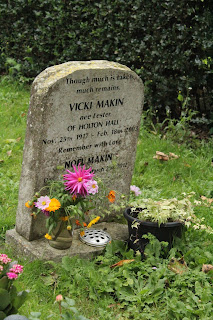 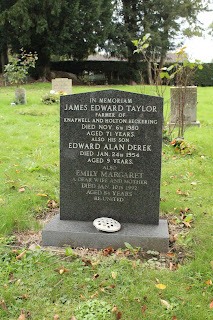 I do not know if these graves belong to any conscientious objectors, and there was no one around to ask! 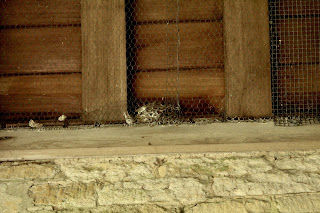 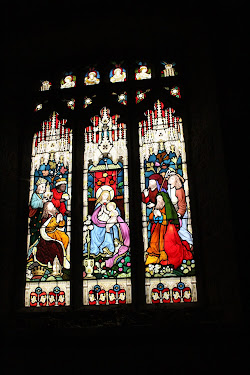 I do like to see stained glass windows in churches with images of saints and Jesus, not the red arrows, which I have come to refer to as the dead arrows, as flying military aircraft during a global pandemic and a climate crisis is now an obsolete activity.

Much better for airfields, such as the nearby Wickenby airfield, to only be allowed to fly things such as the Air Ambulance. 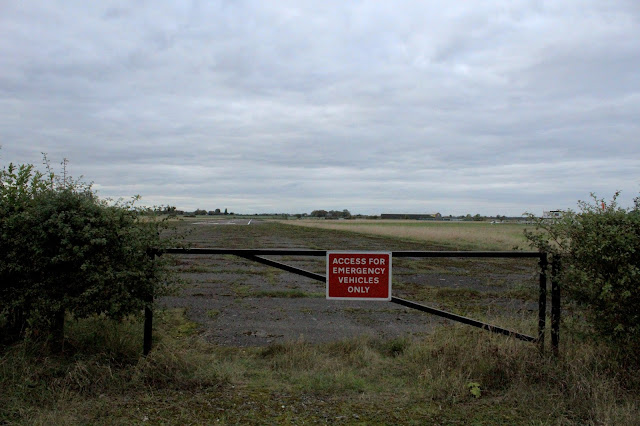 These Nissen huts on the road past Wickenby airfield look very similar to the ones in photos of the Lincolnshire Conchies, where they set up the origins of the Broadbent Theatre. 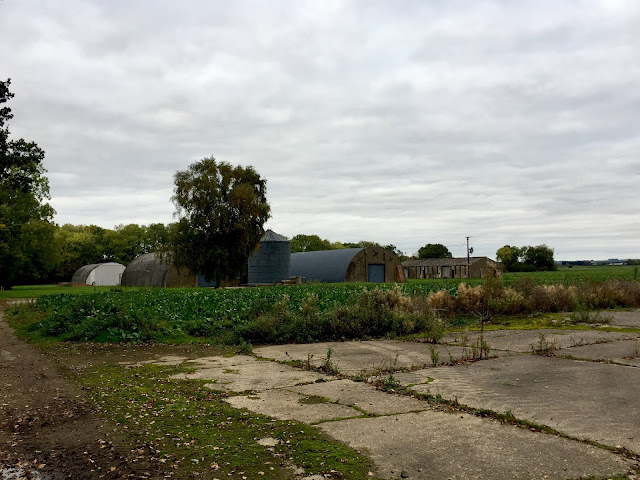 So, I somehow got a puncture on the way home, a few miles from Wickenby. I had no puncture repair kit, so I had to ride home on the flat tyre, because it was faster than walking, and being out in the wilds of Lincolnshire, I needed to get back to the city lights before it got dark.
I have since fixed the inner tube with the remaining kintsugi.
Advice from Halfords was that there is no way of fixing it, so any repair is not going to seal it.
But I actually like the metaphor, to represent the fragility of the peace process - and all the hot air released by those with military agendas! 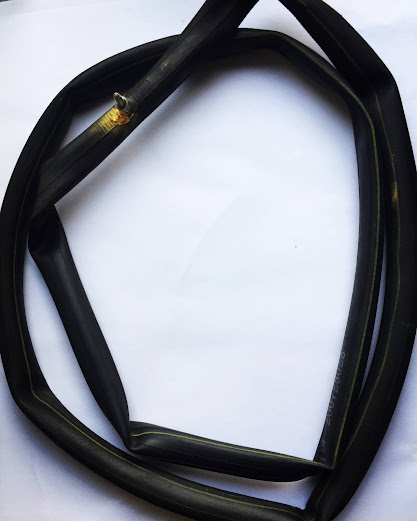 This will be part of my ongoing research.
Posted by Blackbird at 10:51 No comments: