Subversion at Cornerhouse, Manchester, May 2012. 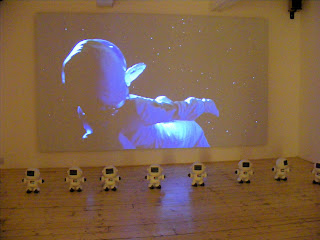 Went to Cornerhouse in Manchester and saw this Palestinian version of 2001: A Space Odyssey. At first I found this exhibition somewhat jarring, I guess I still do, but getting the Jean Baudrillard references now. And the artist has ripped off A-ha's Minor Earth, Major Sky video: 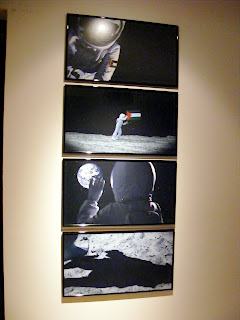 "In A Space Exodus (2009), Palestinian artist Larissa Sansour adapts a segment of Stanley Kubrick’s 2001: A Space Odyssey, providing it with a new, Middle Eastern context by positing the idea of the first Palestinian in space. Originally developed as part of the A Space Exodus installation, Subversion will also feature Sansour’s Palestinauts (2010) and three preliminary sketches for the Nation Estate project, a sci-fi photo series conceived in the wake of the Palestinian bid for nationhood at the UN." Basically, she ripped off A-ha's Minor Earth Major Sky video ;-) !!!! 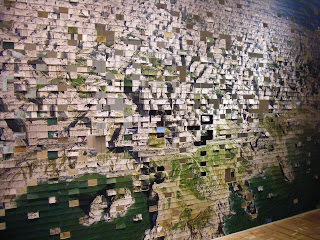 Subversion at Cornerhouse, Manchester, May 2012.  Circle Of Confusion - Joana Hadjiithomas & Khalil Joreige - very Baudrillard - "If once we were able to view the Borges fable in which the cartographers of the Empire drew up a map so detailed that it ends up covering the territory exactly... - as the most beautiful allegory of simulation, this fable has now come full circle for us, and possesses nothing but the discrete charm of second-order simulacra." This must be third-order simulacra at least. 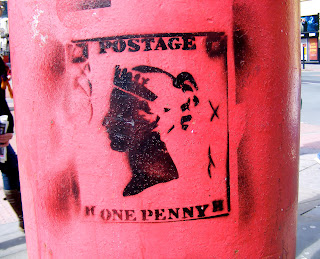 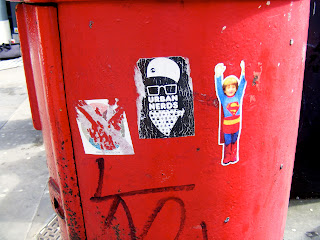 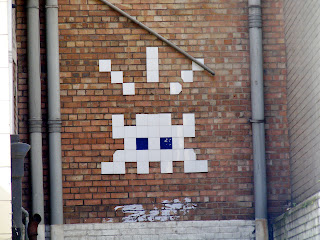 Posted by Blackbird at 03:15 No comments: 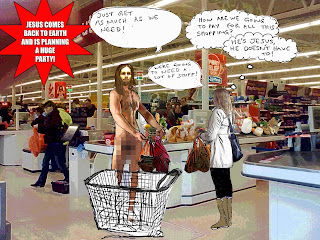 I just thought I might edit Supermarket Jesus so he doesn't get on CEOP's radar! I realised that merely illustrating a dream as it occurred could be controversial with regard to child protection.


I mean, come to think of it, why on earth was I even helping out a naked guy that looks like Jesus in the dream? Why did no one notice or call the police? That's what would happen in reality, even if Jesus was doing something genuinely useful and otherwise harmless. I read in the news that a paedophile has moved to the village next door to the one I grew up in and is causing great consternation amongst the people of Surfleet in south Lincolnshire.


My naked Jesus was perfectly innocent in his nudity. He had no intention of doing anything wrong, and couldn't even be considered a paedophile. But I woke up before I probably bought him a good pair of pants!!


It never occurred to me at the time, following my visit to visit Burghley House, and the nudes in the Heaven and Hell rooms alike that seemed to cause my elderly and infirm Grandma to zoom through them faster than Jenson Button. Her comments of disgust at mere nudity alone painted by Italian artists. But there were plenty of families with kids of all ages visiting for Mother's Day, and most people are familiar with Italian frescos and statues in galleries everywhere with anatomical detail.
Posted by Blackbird at 06:41 No comments: