And Our Heroes Have Misplaced Their Map ...continued

I'm developing my thought processes from the initial concept of juxtaposing selected elements of pop culture within Peace Painting, through digital means via Photoshop and found images. 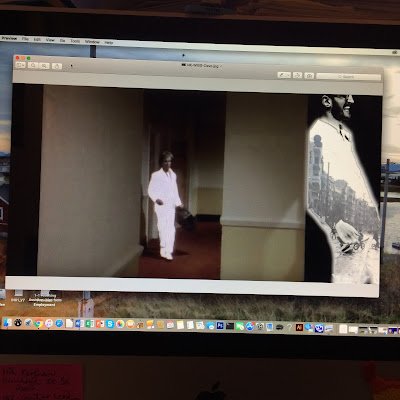 The black areas to the sides are the edges of a still image from Nik Kershaw's Wouldn't It Be Good video.
I don't really want to steal images, but there is online a series of really good images of Dave in a white suit with his little bro, which are perfect for editing composite images from. I have asked the photographer Greg Garry if it's OK to use them, and he said to go for it :-)
I decided that Nik Kershaw's suit in the original video was the height of 80's fashion, so Dave should remain in his contemporary suit, so the shoulder pads were aborted like an R Tape Loading Error....

This works really well - where he's literally leaning on the edge of the video, not even within it, another image of Syrian kids playing in the bombed ruins appearing in his suit. 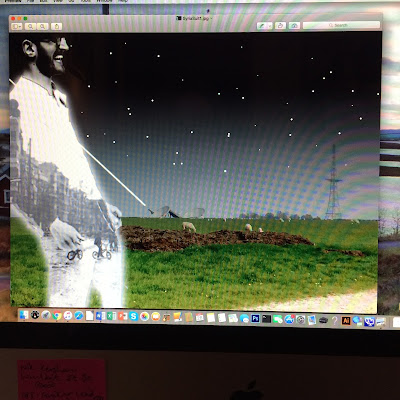 The same image of Dave juxtaposed with the RAF Stenigot photo 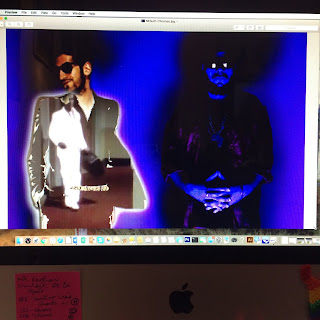 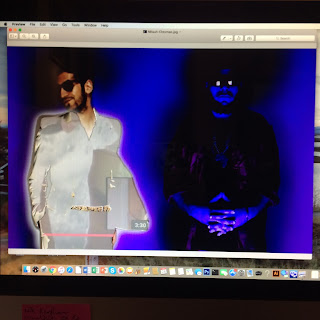 These are the first in some other images. The other images will take images of Syrian children and take them out of their original context - in bombed out ruins, the shattered landscapes of Aleppo, and replace them into new homes - they will become poster girls and boys for imaginary films, edited into E.T. / Stranger Things / reimagined 1980s music videos, so this will follow on from these initial compositions.
There's a reason why the paintings are on cardboard boxes.... 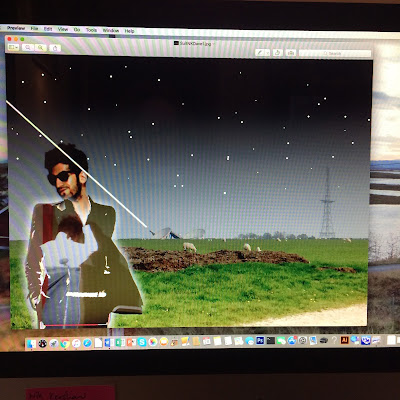 Disclaimer: images are sourced via the Internet. I am seeking permission for their use where possible. I do not own all of the original source material, such as photos of Chromeo - which are sourced via Chromeo / Greg Garry / @livincool Emanuele D'Angelo / Youtube mostly. Youtube own nothing, mind you!
If anyone has any issues, just send me a message and either send me something I can use, or invite me to come and get my own original source material... I actually prefer that!
For context, see Cindy Sherman's work, or Candice Breitz.
Posted by Blackbird at 13:27 No comments:

And our heroes have misplaced their map

"And our heroes have misplaced their map" is a quote cited on Dave1 from Chromeo's Instagram.
He is quoting @missinfo
14 December 2016

Lately I've been mildly obsessed with Chromeo. I couldn't figure out why.
I think it had something to do with Mum annoying me, and wanting to block out stress.

At the same time, I've been wondering how to merge Peace Painting with my own practice, I've been feeling as though I've been out in the wilderness for some time, finding my way back.

These thoughts are my process of working out the Arts Council grant application and trying to figure out what I want to do, how to do it, and why.


And I've had time off to become mildly obsessed with Chromeo.
I met a guy called Jon that resembles Dave1. He even had a smart suit jacket on, and I spent a very amusing evening pretending I was out with Dave from Chromeo.


I learnt how to play the riff from Old 45s on the keytar, thinking this would stop it from insisting that I play it on a loop to the annoyance of everyone.
My brain wanted me to play the rest of it and spend ages in Garageband compiling the various parts to make a Youtube video, which seemed like a lot of work to do all on my own, so I said no.

(imagine that last part was being narrated by Micky Flanagan!)

So, I decided that I need to do some normal boring things, and I was innocently downloading some music, when I came across Nik Kershaw's Wouldn't It Be Good. Nik Kershaw is someone whose music would've been on the radio all the sodding time back in the 80s, but this was a track I haven't heard for ages.
And I must've seen the video for it, surely? But we never had MTV as kids, so perhaps I didn't?


In any case I wondered what that white suit thing was all about, but I vaguely remember Dave 1 posting something about maybe getting some shoulder pads, but I might've imagined that....


Anyway, the quote from @missinfo was posted along with a photo that has been widely shared online of a Syrian boy with a BMX walking through the bombed ruins of Aleppo. I've sourced it back to Emanuele D'Angelo. The pic Dave1 shared was sourced by @livincool

I'm contemplating a series of Peace Paintings that juxtapose Syrian children and the bombed ruins of Aleppo within a new context, but I didn't know what that context was.

The concept is Dave from Chromeo, wearing Nik Kershaw's white suit, with images from Instagram haunting him, and then the Instagram image thieves surrounding me to steal my concepts to use somewhere else, like all those 1980s baddies. Which is why I've posted a crap pixellated wip version on my desktop.... 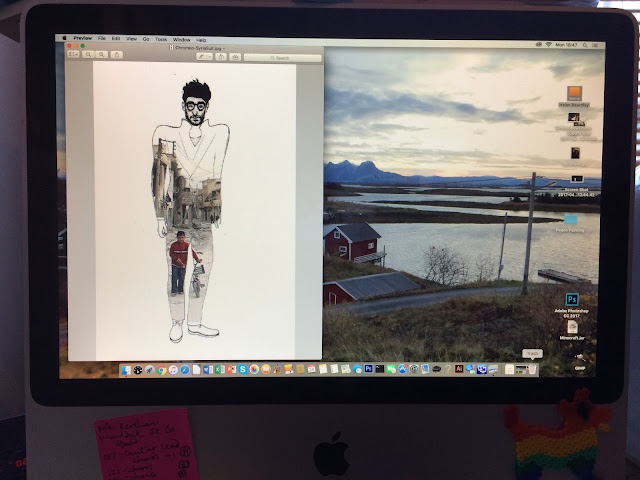 Below:
Dave 1 in his Nik Kershaw suit juxtaposed with my own photo of abandoned Cold War base RAF Stenigot in Lincolnshire. 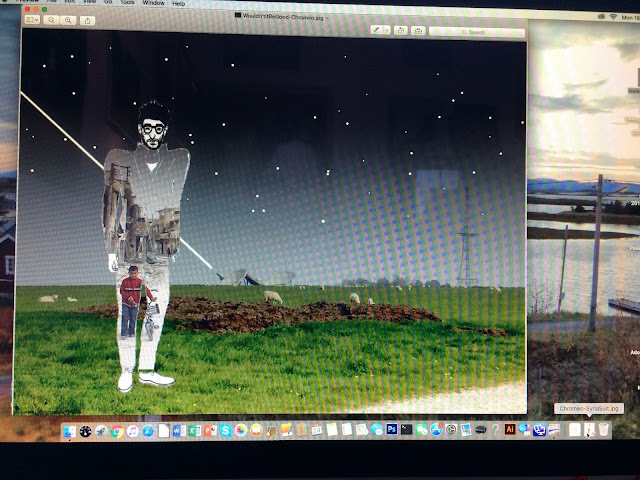 Posted by Blackbird at 12:38 No comments: