Takk to Headhunters / Momentum / Norwegian Embassy for providing this all-expenses paid trip to Oslo, which I timed especially to go and see Apparatjik perform live at the åpning of Astrup Fearnley Museet, Oslo.

I found these shiny Apparatjik Combat Disco boots before I left, they appeared around Oslo in various locations before becoming part of Apparatjik's gig. 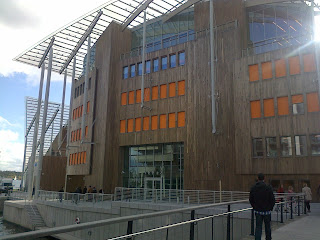 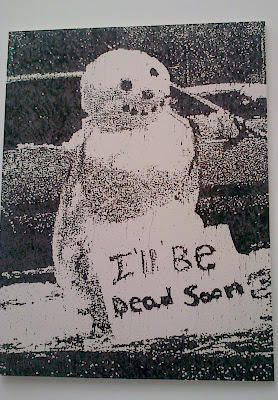 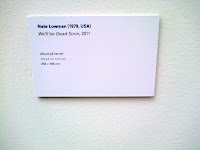 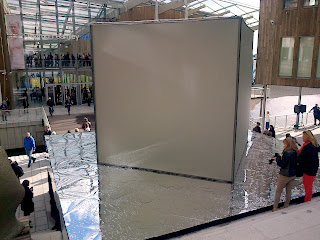 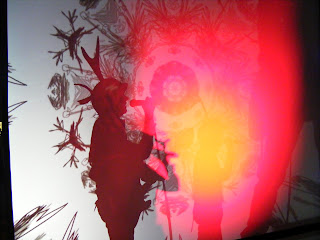 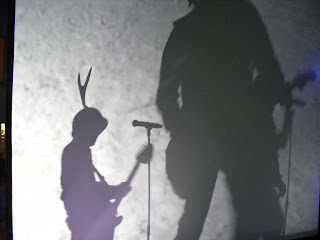 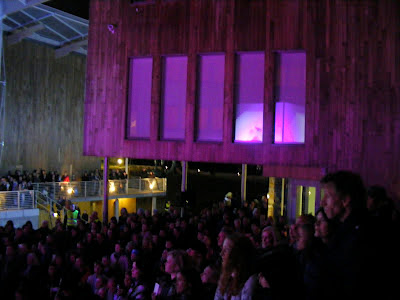 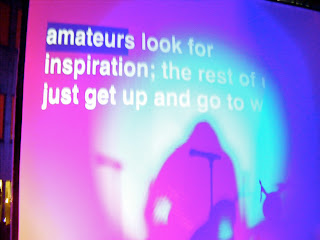 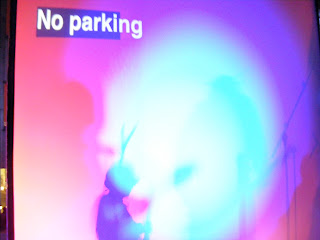 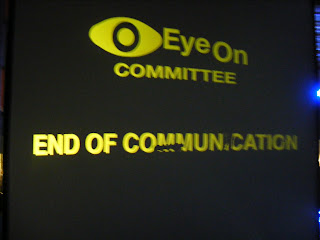 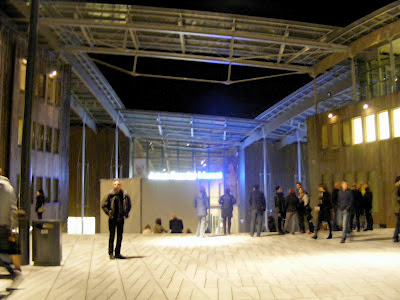 This roadie van, as it turns out, was the same one that followed us past Stolper & Friends on Fredag natt. 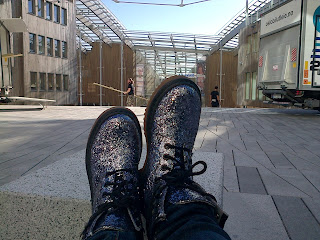 During this visit, I went to see some exhibitions in Oslo, I went to see "I Wish This Was A Song" at the Nasjonalmuseet, and contributed to the Apparatjik + Audiokolor installation for the compositional piece that they later performed with Sølvguttene / Oslo Boy's Choir.
I was rather bemused that my own work was not included in this exhibition, but perhaps the Norwegian art scene need to familiarise with my work more.
I left a card at the gallery. They tried to sell me a catalogue from the previous exhibition. That wasn't really why I was there!
Do all galleries try to sell to artists wanting to exhibit work?

Obviously I went to look around the AFM on the day of it's åpning, although a fire alarm went off, and the AFM might have to replace that cup of Earl Grey I abandoned in a blatant act of guerilla tea party activism.