Herøy is an island in Nordland - not to be confused with another Herøy further south nearer Alesund.

The Seven Sisters are a mountain range normally enjoyed from a fjord cruise.

I skolen Herøy, Peace Paintings are exhibited along the corridors at the Bibliotek.


At the school in Herøy Peace Painting workshops involved a group of fourteen year old refugee boys from Afghanistan. 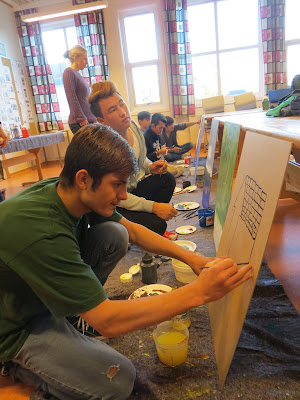 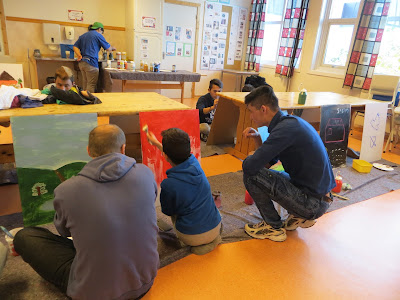 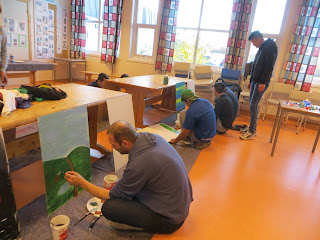 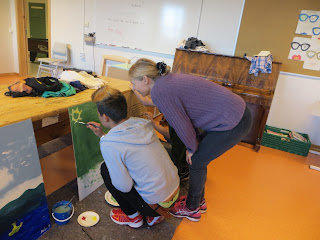 This one on the left had the theme of a river with a bridge, going from nothing to a house, which worked well, and reminded me of the style of Philip Guston. 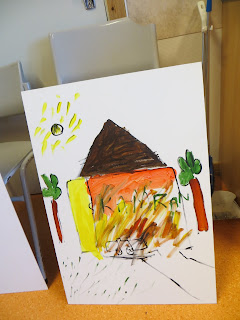 This boy painted a somewhat chaotic house that looks as though it's on fire.
He wasn't happy with it, so he then painted a second painting, in which the same colours were used for the curtains, for a cosier home. 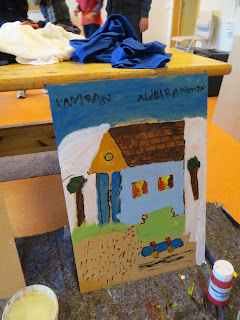 We finished Peace Painting to catch the ferry at 4.00p.m.
We learnt that the refugees will have to return to Afghanistan.
On the drive back to Catrine's, we were lucky enough to see the Northern Lights.
Unfortunately, my camera isn't good enough to capture them!!